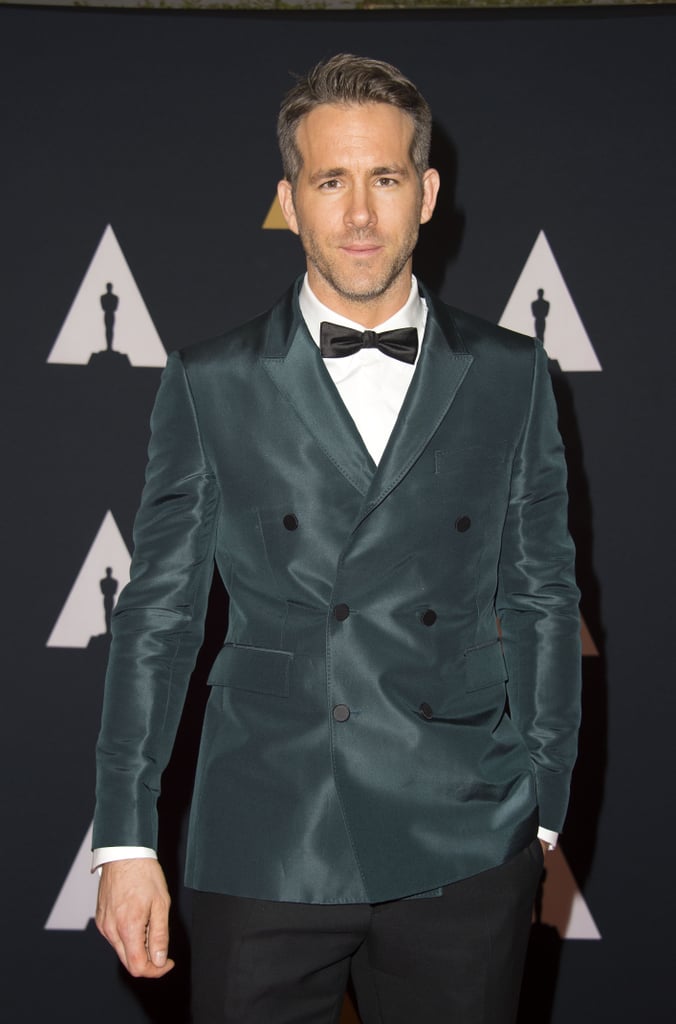 The annual Governors Awards took place in LA on Saturday night and brought out a bevy of stars including the ever-handsome Ryan Reynolds. The actor, who welcomed his second child with wife Blake Lively earlier this year, cut a suave figure in an emerald green double-breasted suit jacket and bow tie and appeared calm, cool, and collected as he posed for pictures on the red carpet. Ryan's latest appearance comes just a couple of weeks after he accidentally revealed the sex of his second child with Blake during a stop on Conan. While he didn't disclose his baby's name, he did say Blake gave birth to another baby girl and admitted that having two kids under the age of 2 is "tough." Ryan and Blake are also parents to 1-year-old daughter, James.