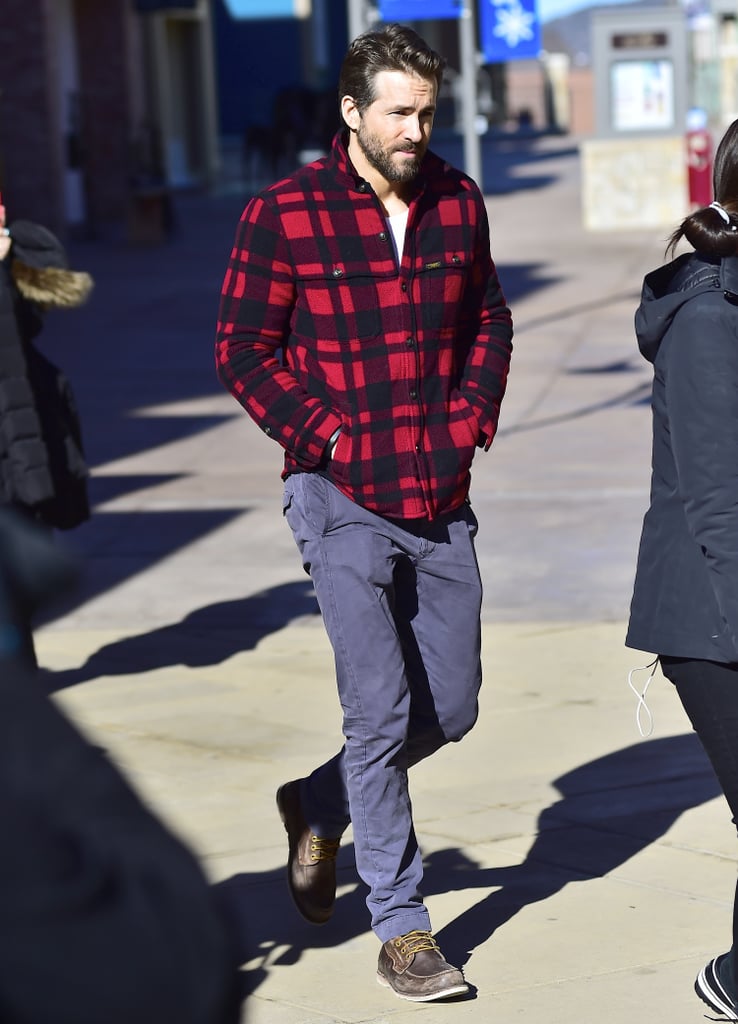 From the red carpet to the streets of Park City, UT, Ryan Reynolds looked straight out of a catalog at the Sundance Film Festival over the weekend. The handsome dad attended the Mississippi Grind premiere on Saturday, later linking up with fans to take some fun photos. At the premiere, Ryan chatted with People about fatherhood, joking, "I gotta jump in and do all sorts of things. I mean, I've even tried breastfeeding. It's frustrating for the baby and frankly disturbing for me." He got serious, though, too, saying things have been "great" and adding, "It's amazing that you can be that exhausted and that happy at the same time." See all the best snaps of Ryan's weekend at Sundance, including a cute picture with James Franco, then check out why Ryan and Blake Lively will be great parents!