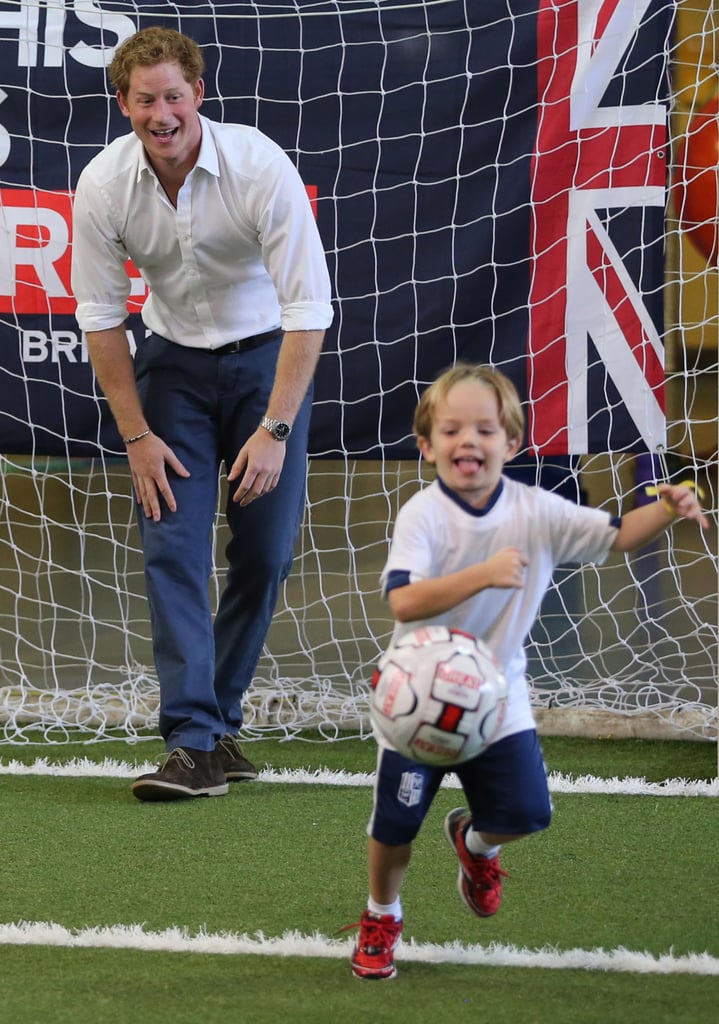 Prince Harry has made a lot of adorable fans during his trip to Brazil! On Tuesday, he headed to Minas Tenis Clube as part of the UK's GREAT Campaign, getting active with little ones and showing off his basketball skills. Prince Harry may be visiting South America as part of his royal duties, but he also made time to catch a World Cup match between host country Brazil and Cameroon on Monday, and he also watched his own country, England, play against Costa Rica on Tuesday. However, England lost two games in the first round of matches and tied with zero goals on Tuesday, so the team won't be advancing.

During his trip, Harry traveled to the Rede Sarah Hospital in Brasilia to visit with young patients, many of whom are currently undergoing physical therapy treatment for neurological issues. He took part in one session, which involved him rowing out on Lake Paranoa for canoe therapy. There is still a lot more to come from the royal, as he will spend four days in Brazil followed by two days in Chile. Last week, Harry was taking part in a very different form of royal duty when he made his first appearance at the Royal Ascot alongside his grandmother Queen Elizabeth II and his cousins.