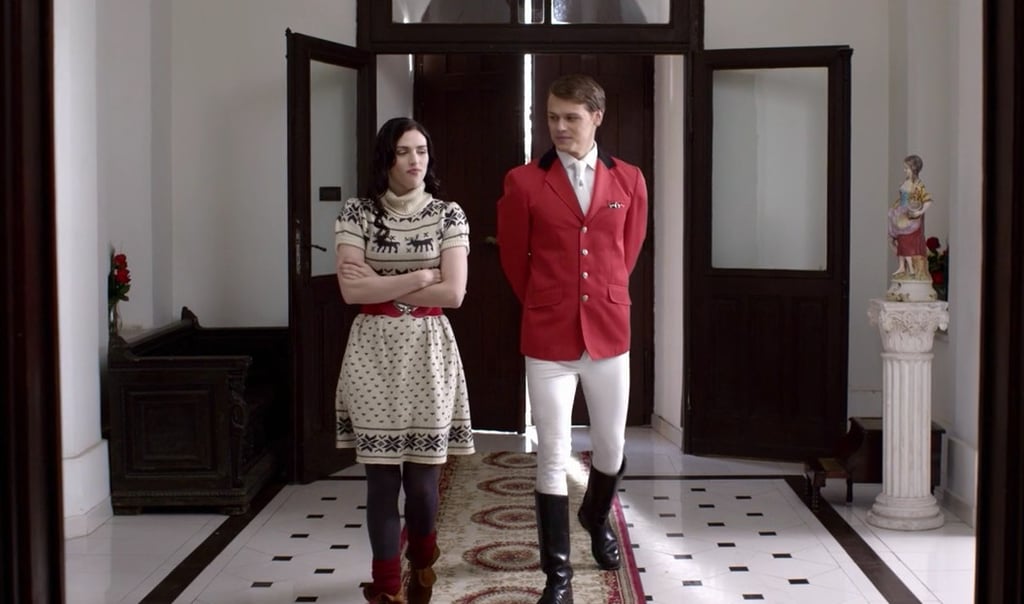 While we all know and love Sam Heughan's immensely talented work in Outlander, did you know that the smouldering Jamie Fraser isn't actually his best role? No, that honour goes to his tireless dedication to playing the great Ashton, Prince of Castlebury.

"Who is the great Ashton, Prince of Castlebury?" you might be wondering. "Is there some royal biopic in the works that I missed?"

Well, long before he was making us weak in the knees on Outlander, Heughan popped up in Hallmark's gloriously cheesy festive romance A Princess For Christmas (not to be confused with Netflix's A Christmas Prince or My Christmas Prince, of course). The 2011 film follows a down-on-her-luck antiques dealer named Jules (Katie McGrath) and her young niece and nephew. They travel to the whimsical European country of Castlebury (stay with me) to visit their estranged grandfather. It turns out the man is actually a Duke who lives in a sprawling castle (OK, more like a fancy ski chalet) and he has a dashing son. Enter: Prince Ashton.

As usual, Heughan is so handsome it's kind of distracting, which is a good thing in this case, considering there's a scene that involves a questionably long "hip-hop" dance break and far too many obscure antique references for me to get into right now. The movie, while cringe-worthy, is just the kind of pleasantly predictable festive fare that pairs well with a bottle of wine (or three) in front of the Christmas tree.

If you're still unconvinced, let the following snapshots of Heughan in fancy prince mode (and fancy prince pants) get you going.