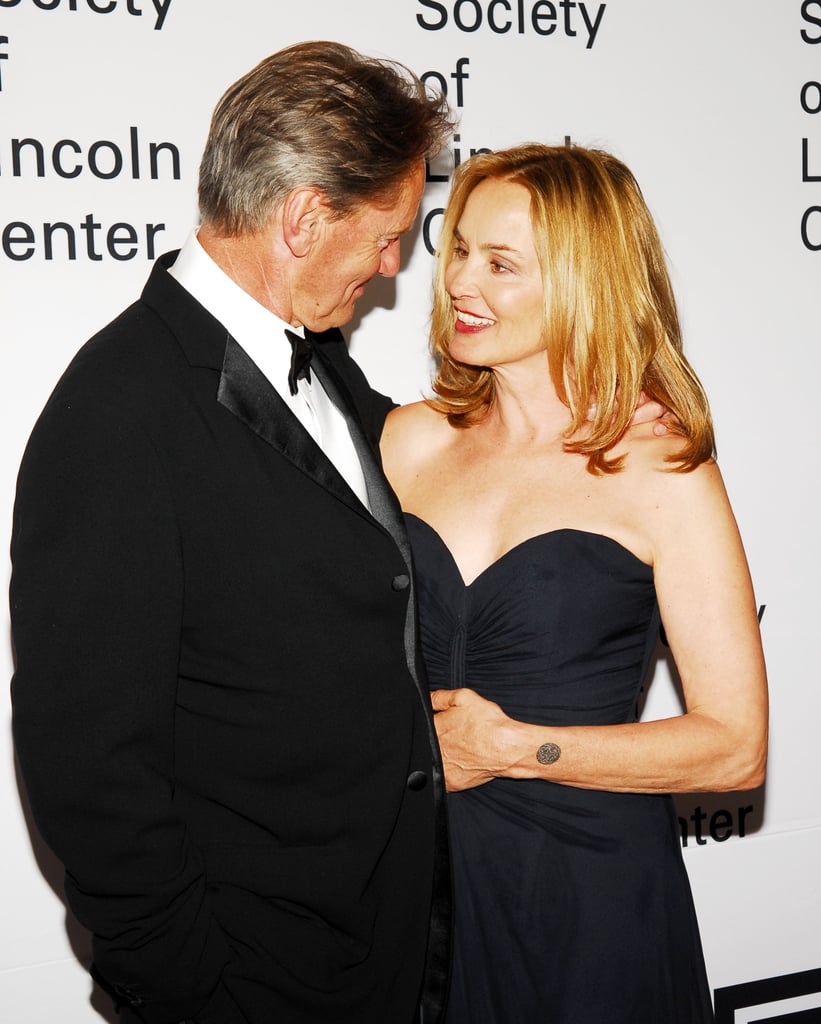 Sam Shepard died at age 73 this week, and in addition to an incredible Hollywood legacy, the actor also left behind his three children: Jesse, 47, from his marriage to O-Lan Jones; and Hannah, 31, and Samuel, 30, from his longtime relationship with Jessica Lange. While Jessica and Sam never got married, their romance was one of Hollywood's longest-lasting love stories. The pair first met on the set of Frances in 1982 and started dating shortly after. They went on to have two children before splitting in 2009.

Even after they parted ways, they weren't shy about opening up to the media. In 2010, Sam talked about their "tumultuous" relationship, and Jessica mentioned her ex during an interview with AARP magazine shortly before his death. "I wouldn't call Sammy easygoing and funny," she told the publication. "But everybody has their dark side, and he always does it with a sense of humour." As we mourn the loss of the beloved actor, look back at his sweetest moments with Jessica over the years.