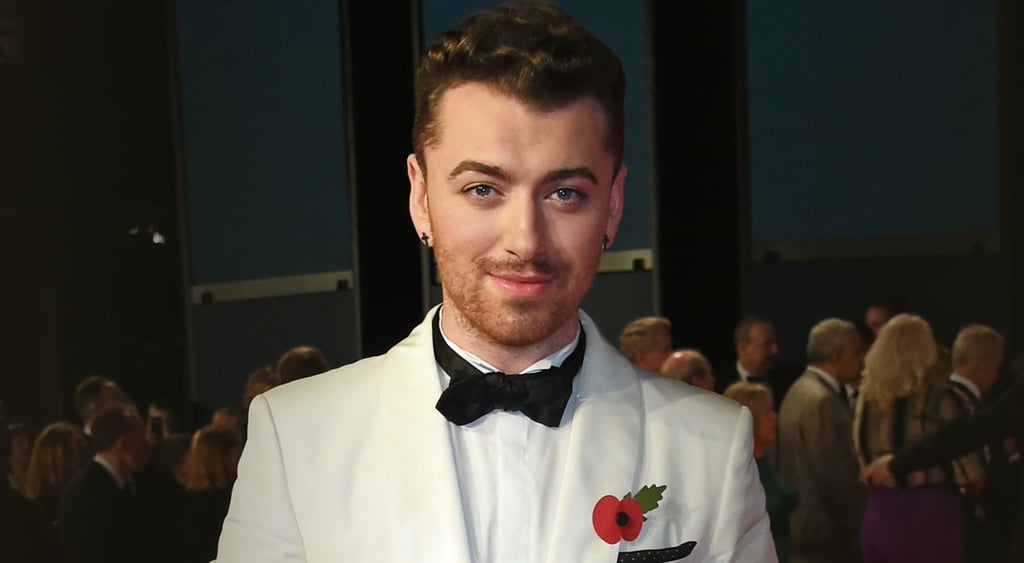 Sam Smith was included in the lucky group of Golden Globe winners on Sunday night, earning a trophy for his work on the Spectre theme song, "Writing's on the Wall." Later, while answering questions in the press room, Smith revealed he's currently in the studio working on his next album. The exciting news certainly comes as a surprise — he was one of four artists who announced a hiatus at the end of 2015. Keep reading for quotes about his new music, and then witness the song that earned him a Globe.