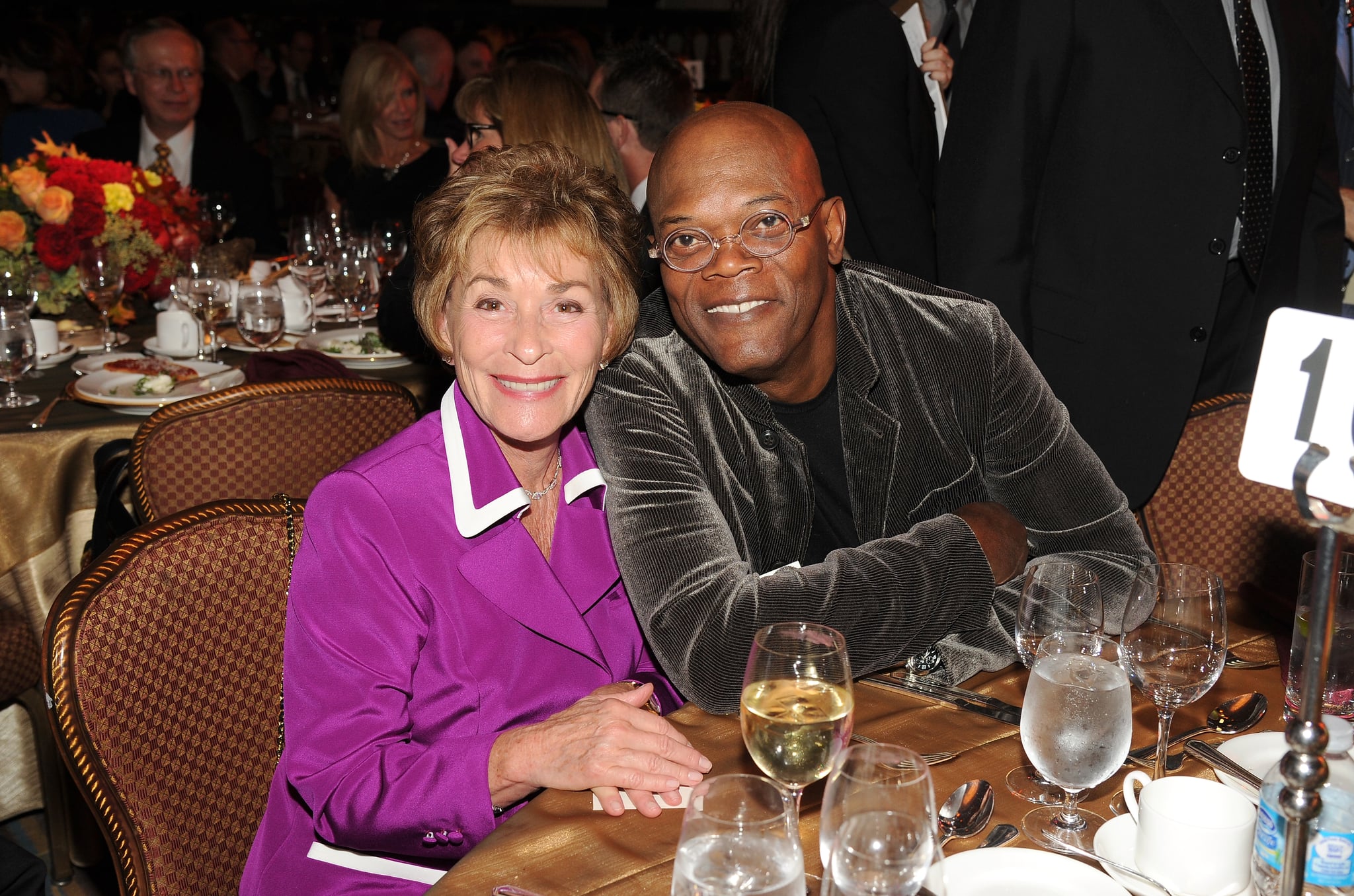 Samuel L. Jackson and Judge Judy are the unlikely duo we never knew we needed. On Saturday, the actor sent fans into a frenzy when he posted a photo of him grabbing dinner with the famous family court judge, whose real name is Judy Sheindlin. "Dinner with a Boss!!" he captioned the snap. "Always Dope connecting with Judge Judy!"

Related:
They're Friends?! 10 Celebrity Pals That Might Surprise You

Turns out, the two have actually been friends for a while now. During an appearance on Watch What Happens Live last March, the Kong: Skull Island star explained that they met through his agent, Toni Howard. They even helped each other quit smoking. Since then, they have been close friends, travelling together and grabbing tea. "She's awesome," Samuel added during his late show appearance. "She's straight up clocking dollars."

Celebrity Beauty
Harry Styles Sent Lizzo His New Beauty Products, So Naturally, She Made an Unboxing Video
by Victoria Messina 5 days ago