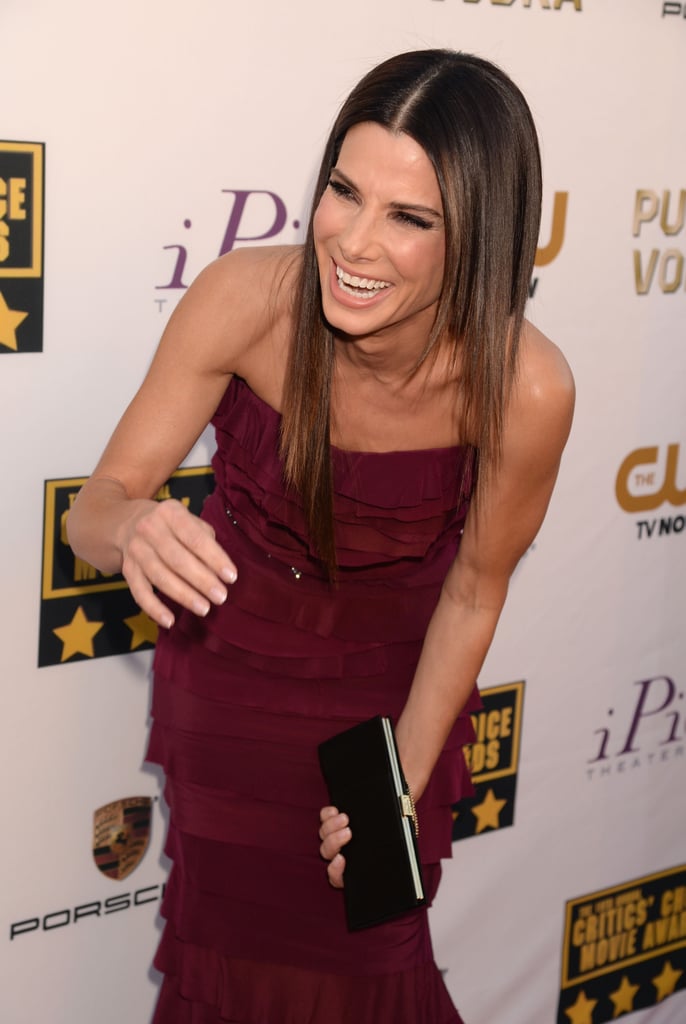 Sandra Bullock enjoyed herself on the Critics' Choice Awards red carpet in LA on Thursday night, where she later took home a best actress award thanks to her performance in Gravity. A smiley Sandra chose a deep plum Lanvin gown after going bold in a colorblock dress by Prabal Gurung at Sunday's Golden Globes. Sandra didn't go home with an award at that show, but she did get her chance to take the winner's podium at the Critics' Choice Awards! Sandra's time in front of the cameras will continue on Saturday when she attends the Screen Actors Guild Awards, where she's up for yet another outstanding performance honor.

Don't forget to weigh in on all the Critics' Choice Awards fashion and beauty polls!