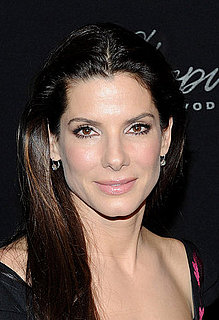 Sandra Bullock's spokesperson has denied reports that the actress is seeking a divorce lawyer.

After two cancelled European premieres for The Blind Side in the UK and Berlin — that Sandra couldn't attend due to her husband Jesse James' alleged infidelity with Michelle McGee — and a statement from Jesse apologising for his behaviour, rumours made the rounds that the pair were seeking divorce lawyers.

Jesse has denied this, and yesterday Sandra's spokesperson did too, saying:

"Neither she nor her representatives have contacted or shopped around for divorce lawyers."

Over the past few days Sandra's fans have come out in force to support the Oscar winning actress. We love Sandra, as do our colleagues in the States, so check out PopUS's slideshow of 15 super-hot men that Sandra has kissed.