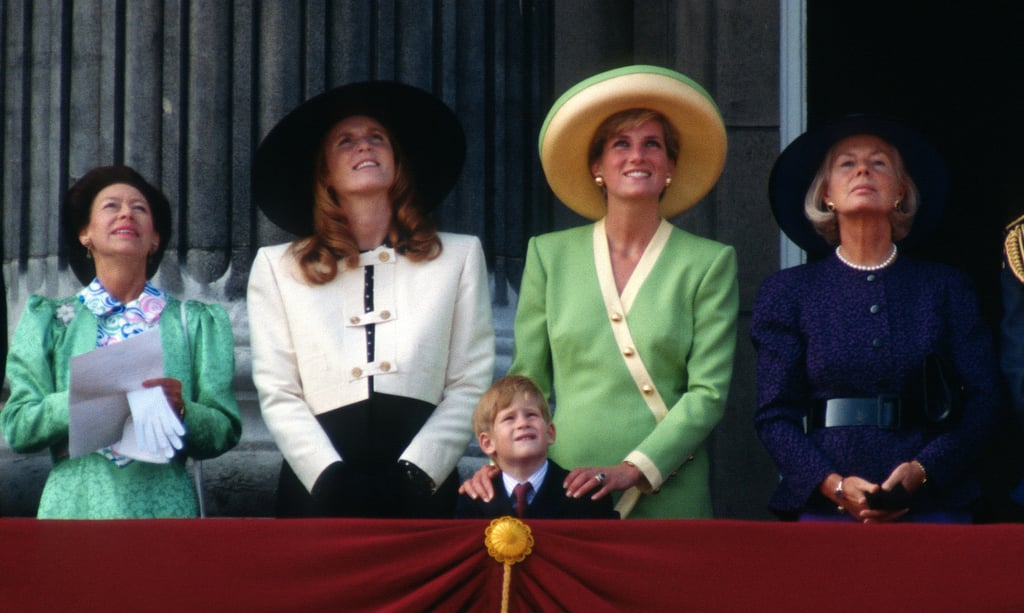 Sarah Ferguson on Princess Diana: "She'd Be So Proud of the Wonderful Meghan and Catherine"

It may have been over 20 years since Princess Diana's tragic passing, but Sarah Ferguson still holds the Princess of Wales in the highest regard. During an appearance on Good Morning Britain, Fergie fondly remembered their royal friendship, explaining what she misses the most about Diana: "I miss her, no one made me laugh better than her."

During the interview, Sarah also touched on how proud Princess Diana would be of her two sons, Prince William and Prince Harry. "She'd really just be so proud," the Duchess of York said. "Even before they got married, Diana would have been literally going, 'I can't believe these boys have done so well.' They are such a credit to her."

As for their marriages to the Duchess of Cambridge and the Duchess of Sussex, Fergie also thinks that Diana would have been over the moon. "I honestly think she would be so proud of the wonderful Meghan and Catherine as well," she explained. "She'd want to embrace them and say, 'You're doing well.'"

Fergie's thoughts perfectly echo what Prince Harry said during his engagement interview. When the BBC reporter asked him what Princess Diana would think of Meghan, he replied: "They'd be thick as thieves, without question. And she would be over the moon, jumping up and down, so excited for me."

Related:
Why Sarah Ferguson's Seat at Princess Eugenie's Wedding Is Such a Big Statement

Watch the interview ahead, and read on for a few throwback photos of Fergie and Diana.

The Royals
Happy Birthday, Archie! Harry and Meghan Celebrate With a Call to Action and a New Portrait
by Tori Crowther 3 days ago