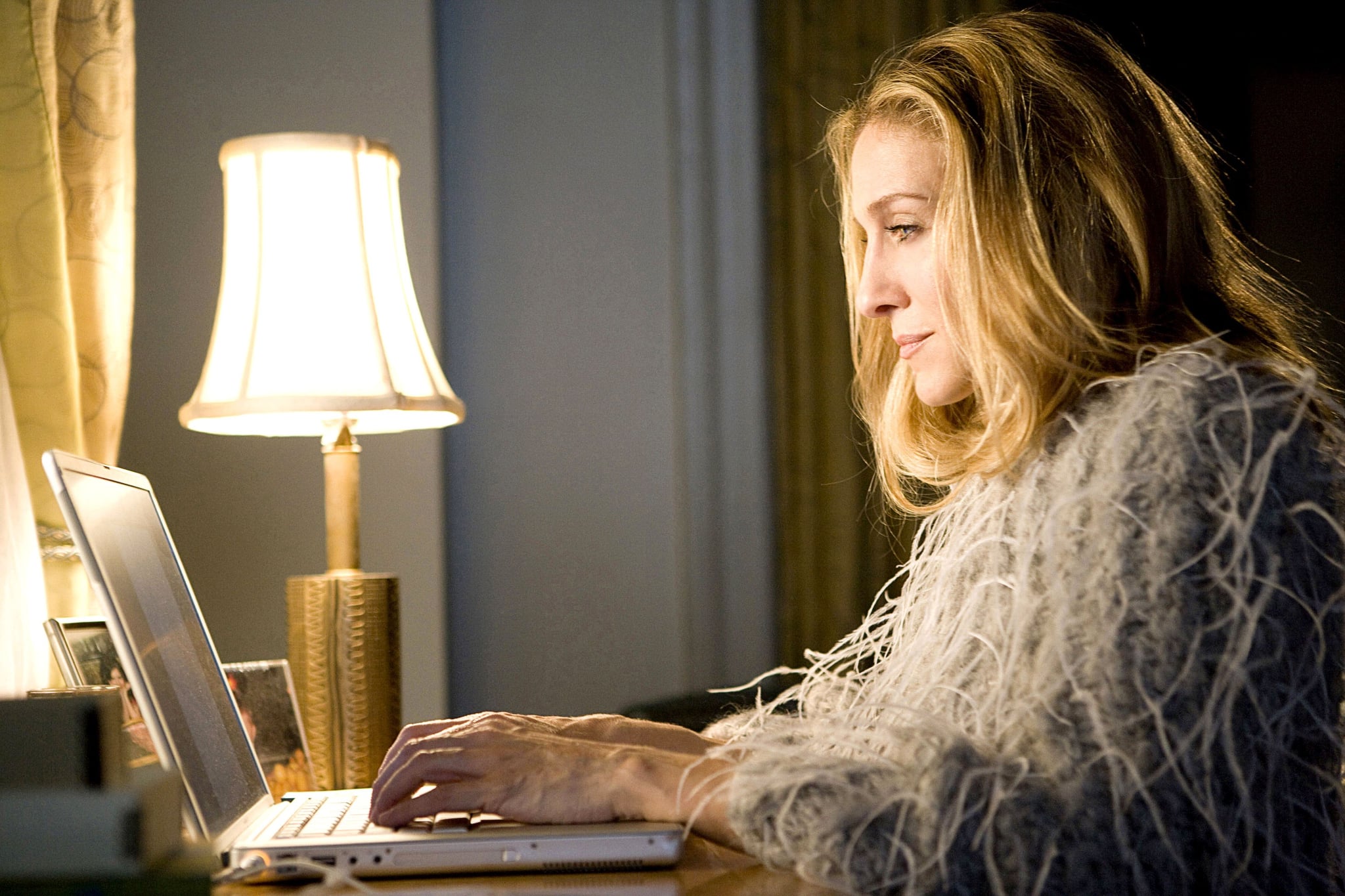 Just when you thought you'd explored every nook and cranny of the Sex and the City universe, Sarah Jessica Parker is here to rip your sanity in half. On Wednesday, the actress joined Chris Hardwick on the Nerdist Podcast to discuss her new TV show, Divorce. As always, Parker had to field some Sex and the City talk, because nearly every interview ever veers in that direction. This time, though, instead of talking about a possible third movie, she blew everyone's collective mind with a new SATC theory. It's not just a throwaway, either. Based on the logic, it seems like she's thought about it for a long time. Here's a full transcription of her thoughts.

"I used to wonder if Samantha, Miranda, and Charlotte were real. That that wasn't just her column. That it's all her column . . . because they're such perfectly archetypal characters, the other three. So you're writing a column about sexual politics, and, you know, observations of female/male, heterosexual relationships. So you're picking one type. You're saying, 'This type is this, and this,' and then you just complicate it more like any good writer does. So, I'm not entirely sure they're actually real.

"I think they're invented types, and that she is among them because that's her way of infiltrating story, and affecting story, too. So, she also wants to have her own actions affect those friendships, and document their response . . . they're all made up. It's a literary [conception]. We don't know if any of that stuff that happened is real. She's just writing it. She just writes a column week to week, right? Then we illustrate it for the audience. We illustrate this column for the audience . . . what we are seeing isn't necessarily what happened in New York City, to real people that they were bumping into. That's just a very well embroidered story."

So, basically, the entire series is just Carrie Bradshaw typing in front of a laptop. Any and all scenes are just vibrant manifestations of her imagination, of whatever scenarios she's inventing to help make the point of her column for that week. The most disturbing part is, we can't find any flaws in the logic. If you're totally freaking out, at least take solace in the fact that all her most prolific quotes still hold up. They are, after all, creations of her mind, too. We get to keep them.