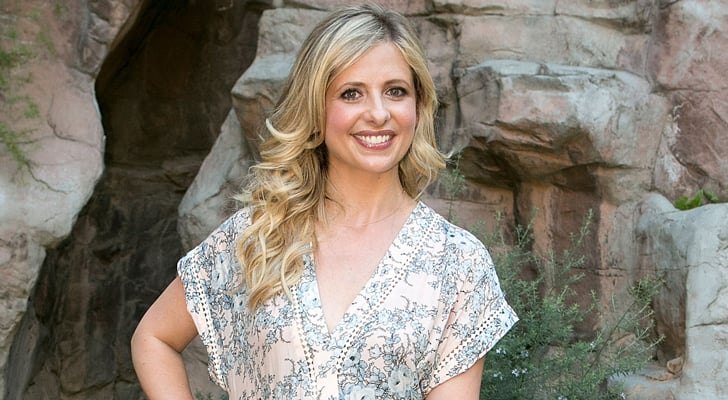 It's safe to say Princess Charlotte has been dominating headlines since The Duchess of Cambridge gave birth in early May, but she wasn't the first Charlotte with famous parents. On Wednesday, Sarah Michelle Gellar took to Instagram to share a hilarious picture of her daughter's perfect outfit for school — a pink t-shirt that reads, "I was Charlotte first." The actress even nailed it with the hashtags she used in her caption: "#PrincessCharlotte #PrincessCharlottePrinze."

Sarah and her husband, Freddie Prinze Jr., have been married for more than a decade, sharing more than a few supersweet moments together over the years. They welcomed their daughter, Charlotte, who's now 5 years old, in September 2009, and three years later, the couple's son, Rocky, was born. Check out more long-term celebrity couples now.