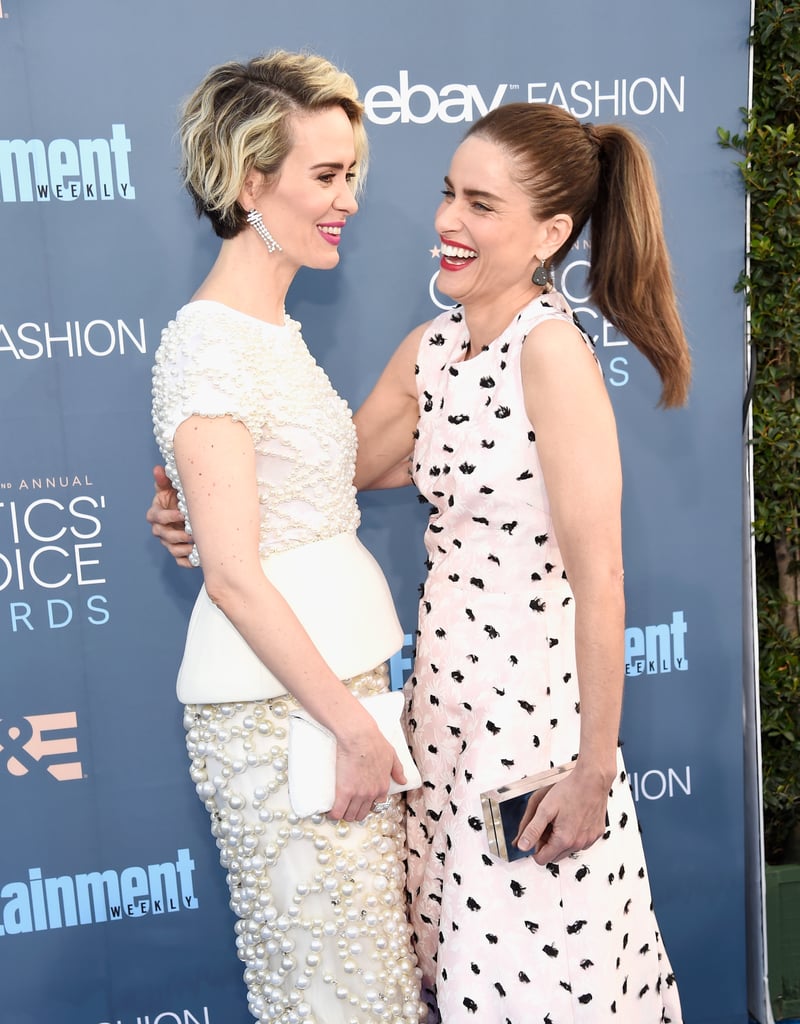 Sarah Paulson left her girlfriend, Holland Taylor, at home on Sunday night, instead bringing her BFF, Amanda Peet, as her date to the Critics' Choice Awards in LA. The actresses walked the red carpet together in stunning dresses and held hands while doing interviews and posing for photos. Sarah and Amanda have been close friends since meeting on the set of the WB series Jack & Jill back in 2009 and also starred together on NBC's Studio 60 on the Sunset Strip in 2006. Most recently, they shared a sweet kiss while attending an opening night performance of The Babylon Line in NYC last week. While it certainly isn't the first time Amanda has accompanied Sarah at an award show, we're a little surprised that the actress, who portrayed prosecutor Marcia Clark on American Crime Story: The People v. O.J. Simpson, didn't bring the real-life Marcia on Sunday night like she did at the Emmys back in September.