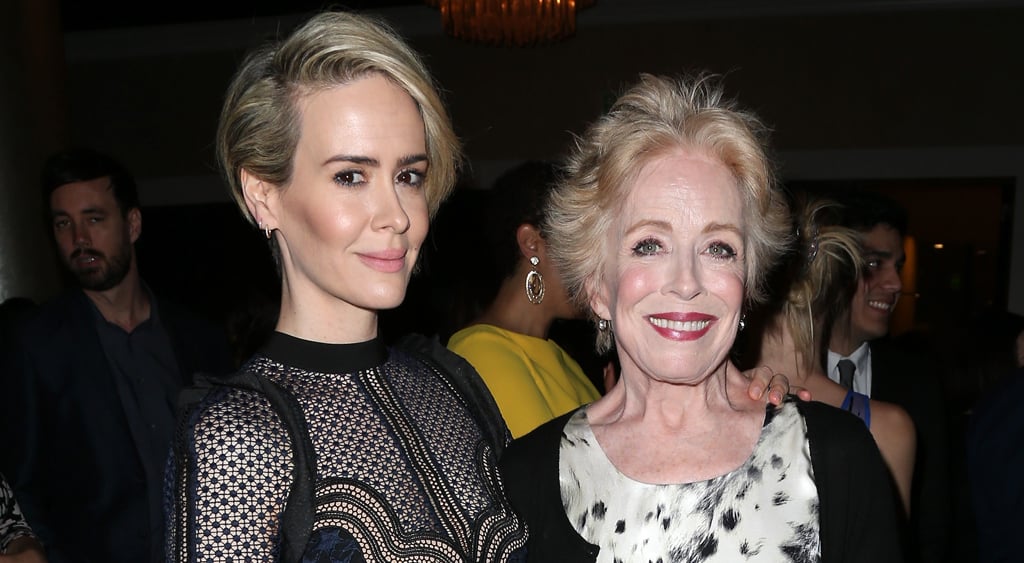 Sarah Paulson and Holland Taylor are head over heels for one another. On Sunday, Sarah attended the Emmys in LA, and although Holland was not in attendance, she sure wasn't going to miss out on her girlfriend's big night. Shortly after the American Crime Story: The People v. O.J. Simpson actress hit the red carpet with the real-life Marcia Clark, Holland took to Twitter to gush over her other half, writing, "Having a heart attack..."

Having a heart attack... pic.twitter.com/KS9MxqcLTn

Not long after, Sarah gave Holland a sweet shout-out during her interview with E!, saying, "Hi Holland, if you're watching! Holland Taylor, I love you."

After Sarah took home the award for outstanding lead actress in a limited series or movie for her role on American Crime Story: The People v. O.J. Simpson, Holland couldn't contain her excitement for her.

Just before wrapping up her acceptance speech, Sarah — who clearly knew Holland was watching — gave her girlfriend a sweet shout-out, saying, "I love you!"

Sarah and Holland first began dating back in 2015, and ever since then, they have been making us swoon over their sweet moments together. Earlier this March, Sarah opened up about their relationship, telling The New York Times, "What I can say absolutely is that I am in love, and that person happens to be Holland Taylor."

Celebrity Twitter
Taylor Swift Fires Back at Blur's Damon Albarn: "I Write ALL of My Own Songs"
by Princess Gabbara 15 hours ago