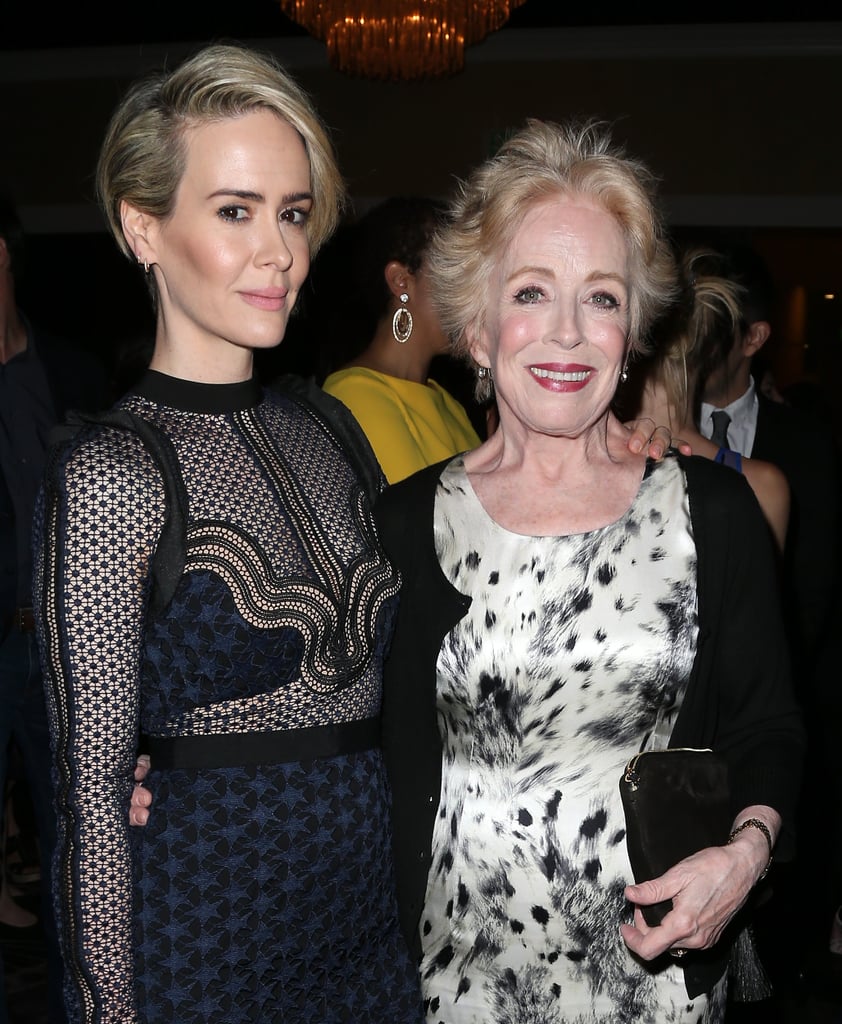 It was date night for Sarah Paulson and Holland Taylor at the Television Critics Association Awards in Beverly Hills, CA, on Saturday evening. Sarah had the loving support of her girlfriend as she took the stage to accept her trophy for individual achievement in drama for her role in Ryan Murphy's series American Crime Story: The People V. O.J. Simpson. The two smiled and posed for pictures backstage, and later that night, Holland took to Twitter to congratulate Sarah on her win, writing, "'Individual Achievement in Drama' #TCAAwards Such a joy to see her win! Superb performance! The People vs. OJ.," along with a cute picture of Sarah and her award.

Ever since reports surfaced that Sarah and Holland were dating back in December, Sarah has gone on record saying that she's "in love," and the two are often seen holding hands during their sweet date nights. See why they might just be Hollywood's most adorable duo.