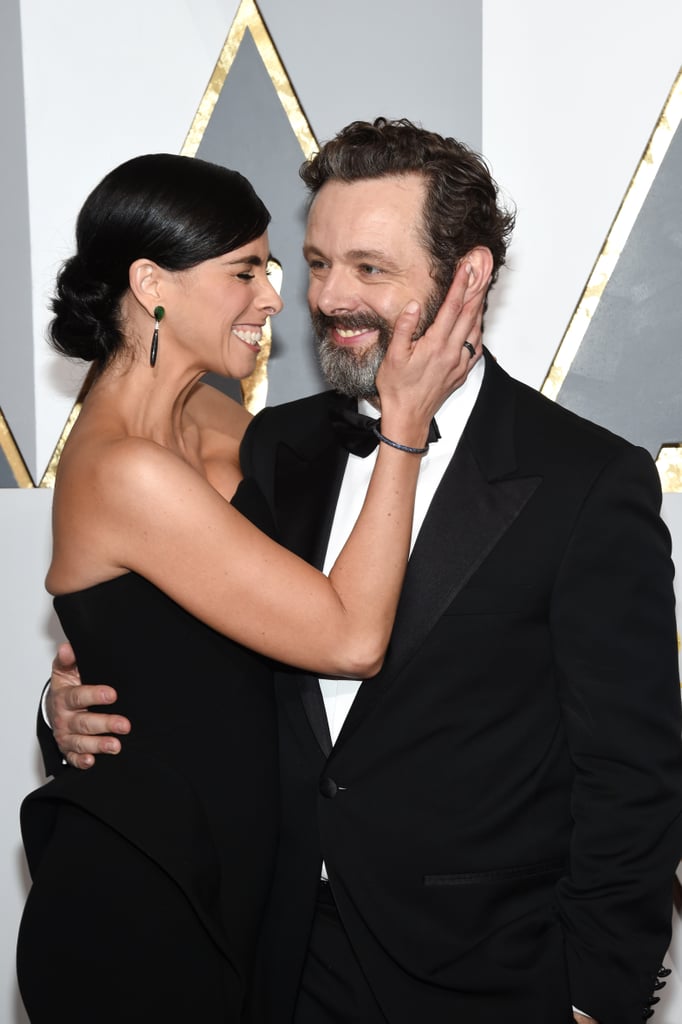 Sarah Silverman and Michael Sheen may have decided to go their separate ways in early 2018, but we'll always have these photos of their years together to look back on. The couple, who started dating in early 2014, shared the screen on Michael's hit show Masters of Sex from 2014 until 2016, and they also made every red carpet appearance look like a party. Sarah, who has previously said she has no desire to get married, is also good friends with Michael's ex, Kate Beckinsale, whom he dated from 1995 until 2003. Michael and Kate share 18-year-old daughter Lily, whom Sarah is also close with. See some of their best couple moments ahead.