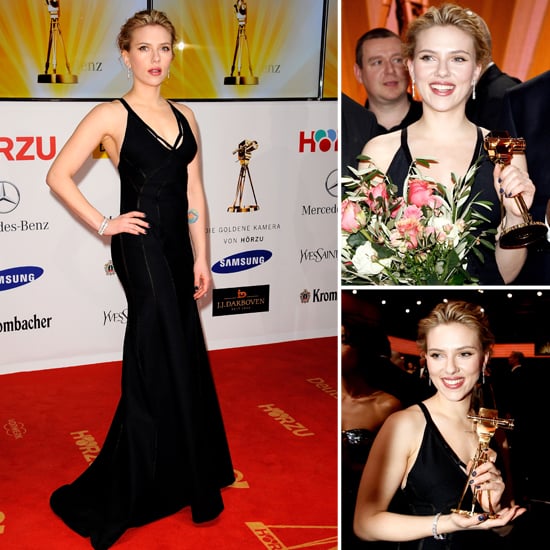 Scarlett Johansson Hits the Red Carpet Without Her New Man

Scarlett Johansson was in a tight Calvin Klein gown for this evening's Golden Camera Awards in Berlin. The ceremony is Germany's equivalent of the Oscars, and it comes about three weeks before France's prestigious Césars occur on Feb. 24. During the ceremony, The Avengers star Scarlett accepted the best international actress honor from German star Til Schweiger. The corresponding male honor went to Denzel Washington, who's been in Europe promoting his upcoming thriller Safe House.

Scarlett posed on the red carpet solo, though back home in NYC, she's been all about spending time with her new boyfriend. Scarlett Johansson's dating Nate Naylor, a Big Apple advertising consultant. Their relationship, which has been going strong for a reported five months, became public when they took a loved-up stroll last week.