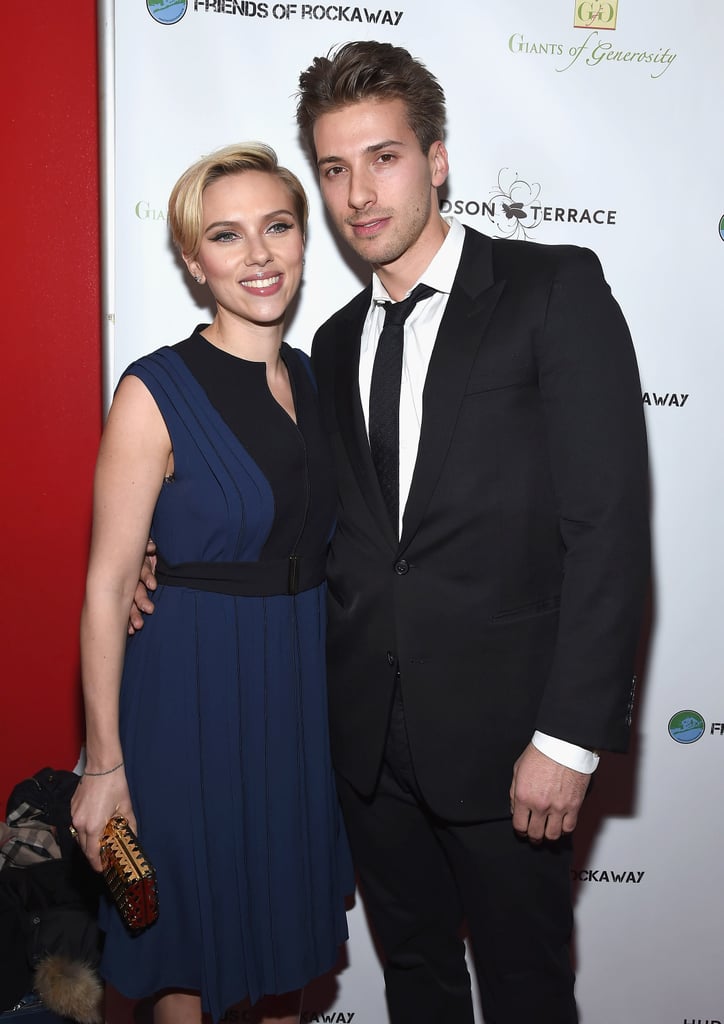 Scarlett Johansson brought a very special date — her twin brother, Hunter Johansson — to the second annual Champions of Rockaway Hurricane Sandy Benefit in NYC on Tuesday. The actress, who gave birth two months ago, left her fiancé, Romain Dauriac, at home and instead chose to make the charity event a family affair. While at the event, Scarlett explained her and Hunter's connection to the Big Apple: "Hunter and I were here in New York . . . seeing the city shaken once more [by Hurricane Sandy]; it was totally, totally shocking for the people that were living here. Two years later, people are feeling huge effects of this devastating loss."

Scarlett has slowly been easing back into public life ever since she gave birth to daughter Rose back in September. She made her first postbaby appearance earlier this month when she hosted a special screening for The Theory of Everything for her former costar Eddie Redmayne. By the time next Spring rolls around, she'll be back to full press duties, as she will be promoting her latest superhero flick, Avengers: Age of Ultron, which hits theaters on May 1. In the meantime, check out more celebrities with their siblings!