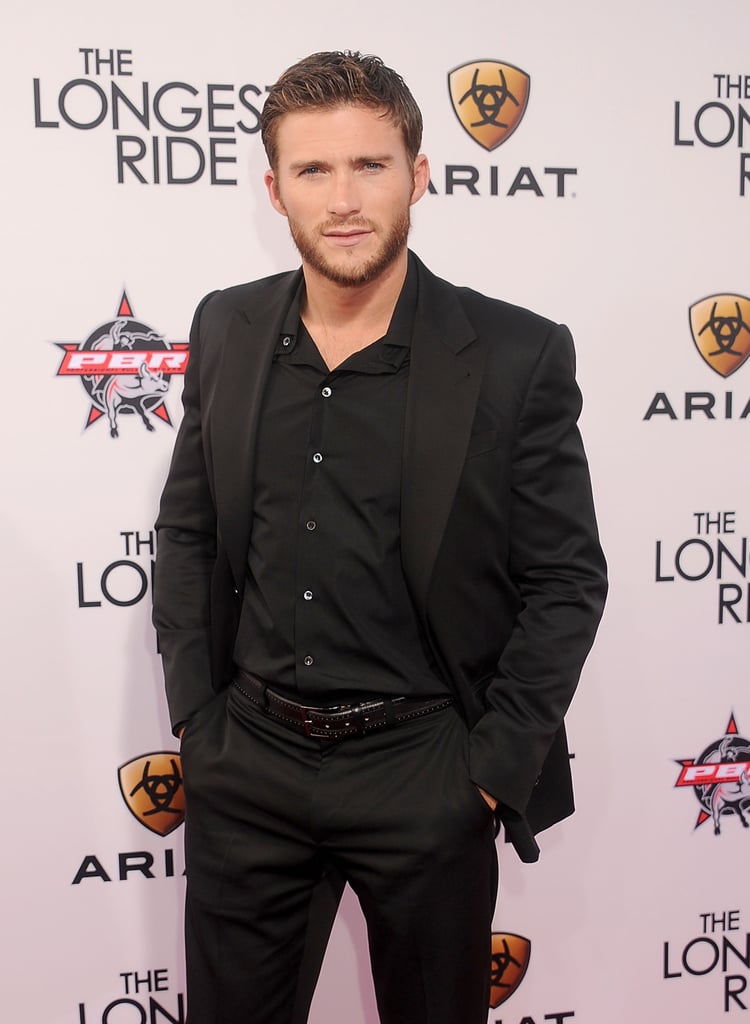 Scott Eastwood was the center of attention at last night's LA premiere of The Longest Ride, and it wasn't just because of his piercing blue eyes. The son of legendary actor Clint Eastwood kept his beautiful costar Britt Robertson laughing as they made their way down the long red carpet. Scott, who is known for his countless shirtless Instagrams and the occasional workout in his jeans, looked like the perfect gentleman while posing for photos in an all-black suit. The sexy actor even took time to pose with Britt for a hilarious selfie, which he posted on Instagram. The film, an adaptation of Nicholas Sparks's bestselling novel by the same name, is Scott's first big role. It hits UK cinemas on June 19. Keep reading to check out more photos from the big premiere.