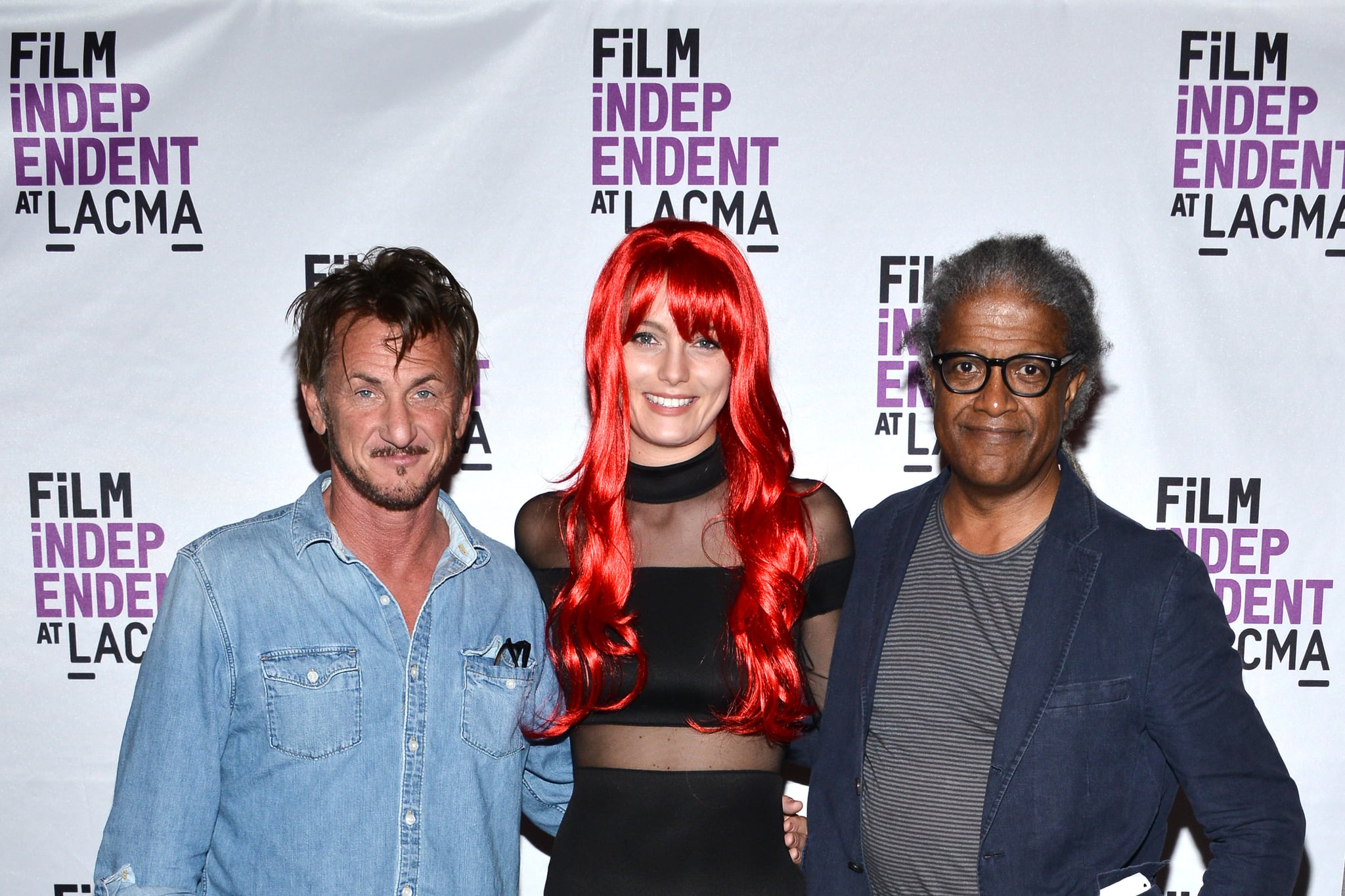 Sean Penn and Leila George made their relationship red carpet official when they attended the Film Independent at LACMA event in LA on Thursday. The two were all smiles as they posed alongside film critic Elvis Mitchell. While the actor dressed casually in a denim shirt, his girlfriend, who is the 24-year-old daughter of actor Vincent D'Onofrio, donned a black dress and red wig. The pair were first linked last week, when they were spotted making out in the ocean in Hawaii. This marks Sean's first public romance since his split from Charlize Theron back in June 2015. He was also previously married to Robin Wright, with whom he shares two children, daughter Dylan, 25, and son Hopper, 23.