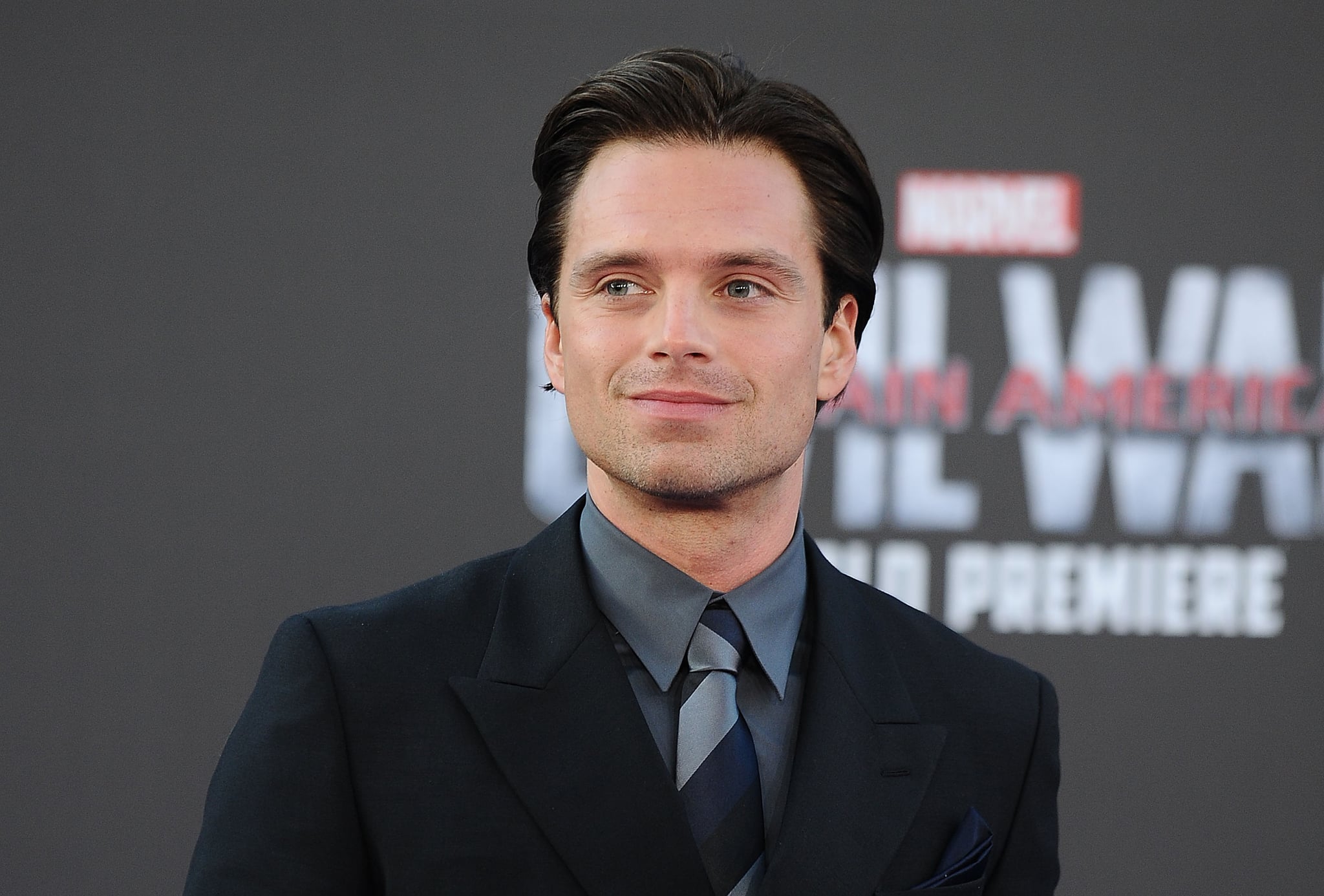 If Disney has been searching for an actor to play a young Luke Skywalker in the Star Wars franchise, it's been looking in Alderaan places — Sebastian Stan is the obvious choice. The Captain America: Civil War hottie has proven his acting chops in plenty of high-profile projects already, not mention that he and original Skywalker actor, Mark Hamill, look exactly the freakin' same. Don't believe it? Just look at this side-by-side comparison.

Sebastian Stan's face photoshopped onto Luke Skywalker's body proves that he is the spitting image of Mark Hamill. There are plenty of unanswered questions about what happened to Luke between Return of the Jedi and The Force Awakens — it seems to us that Stan would be the perfect actor to star in some flashbacks. And Mark Hamill himself agrees, joking about the similarities between himself and Sebastian on Twitter.

Plus, Sebastian proved in Captain America: The Winter Soldier that he can act menacing and mysterious without speaking — much like Luke Skywalker during that last scene in TFA. So it's official, Disney, we're begging you: please cast Sebastian Stan in the next Star Wars film. It simply wouldn't be the same without him! Mark and Sebastian agree — you can see it in their (identical) eyes.