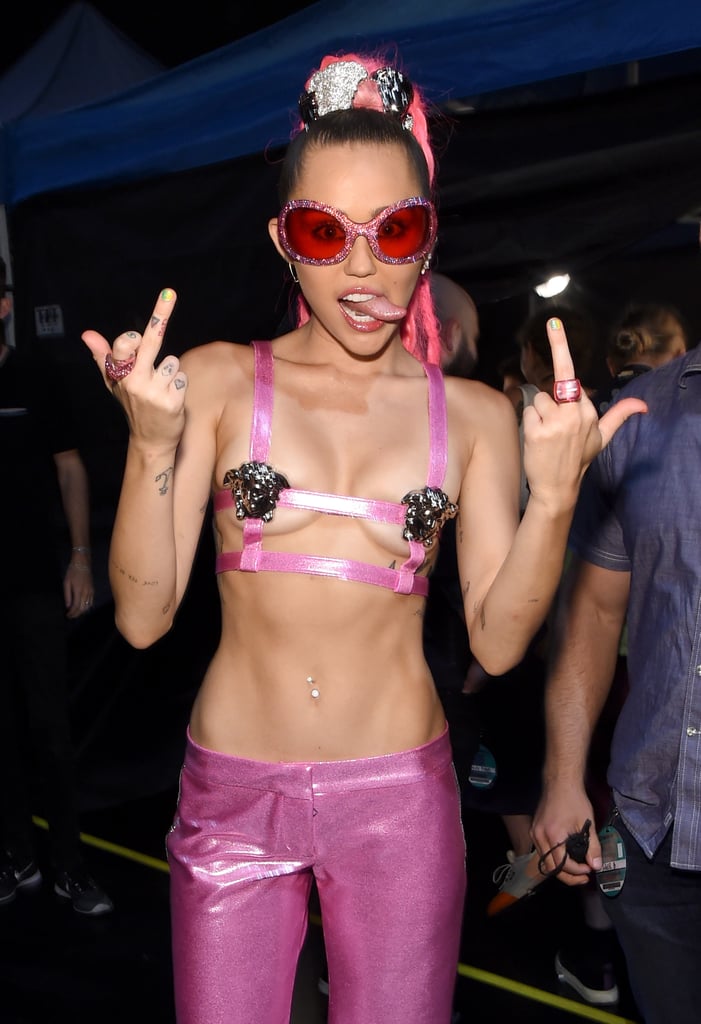 See All the Photos From Miley's Weird, Wild Night at the VMAs

In a move that should surprise absolutely no one, Miley Cyrus showed up nearly nude on the MTV VMAs red carpet on Sunday. The singer, who is hosting the big show, sported a space-age silver getup that left little to the imagination. Along with an intricate jewelled skirt, Miley went topless, with her nipples covered by metallic suspenders. She posed with her family members, including parents Tish and Billy Ray, sisters Brandi and Noah, and her brother Braison. During the show, Miley changed into even more revealing looks.

Things hit a snag for the host when she was called out onstage by Nicki Minaj; Nicki sweetly thanked her pastor before turning her attention to Miley, who made headlines earlier this week for calling Nicki "not too kind." "And now, back to this b*tch that had a lot to say about me the other day in the press. Miley, what's good?" Nicki said as she stepped away from the mic. Miley, who looked visibly taken aback, responded by saying, "We're all in this industry. We all do interviews and we all know how they manipulate sh*t. Nicki, congratf*cklations." It was clearly an exciting night with Miley running the ship. Keep reading to see Miley's night at the VMAs, and then check out more times she basically forgot to wear clothing.