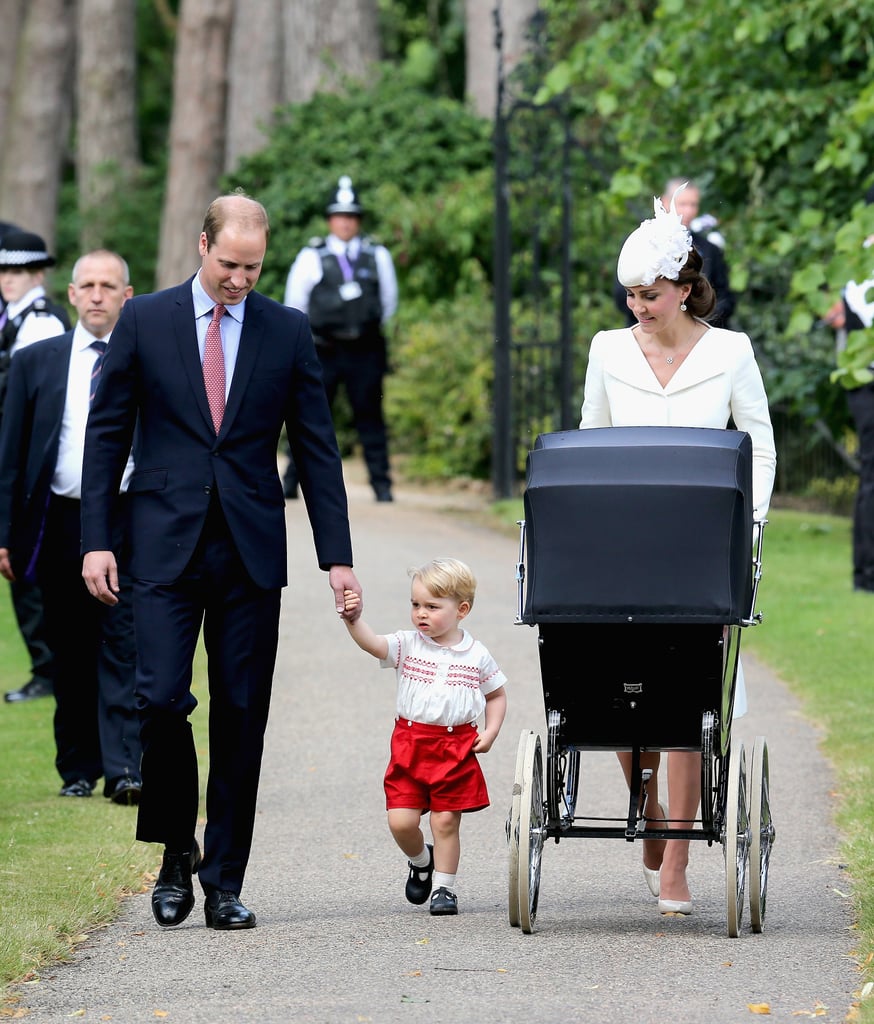 The royal family gathered for a very special occasion on Sunday: Princess Charlotte's christening! The young royal was christened at the Church of St. Mary Magdalene on Queen Elizabeth II's Sandringham Estate, where the late Princess Diana was baptised. Princess Charlotte wore a replica of the royal christening robe that, until 2004, was used to baptise every royal baby since Queen Victoria's time. It's the same replica that Prince George wore for his christening in 2013, and she also followed in her big brother's footsteps by using the traditional silver-gilt Lily Font, which has been used for almost all royal baptisms since 1841.

The Duke and Duchess of Cambridge were all smiles on their daughter's big day, with Kate wearing an ivory outfit for the christening. Although it was a private service, fans of the royal family who made their way to the church got to see Prince George's adorable arrival with his parents. Keep reading for all the pictures of the royal family at Princess Charlotte's christening, then see the cutest pictures of Princess Charlotte and her adorable portraits with Prince George.