Following on from his hilarious sketch with the England football team for last year's Sport Relief, James Corden has done it again! Dressed as his Gavin and Stacey character Smithy in a pink headband and workout gear, he has filmed a sketch with the Manchester United team, including Wayne Rooney, Rio Ferdinand, Michael Carrick and Wes Brown. The footballers gamely get into the spirit of the aerobics class, and even freestyle and kiss! Check out a sneak peek of the video after the jump, and tune in to BBC One on 19 March to see the full sketch and find out which other sporting figures are put through their paces. 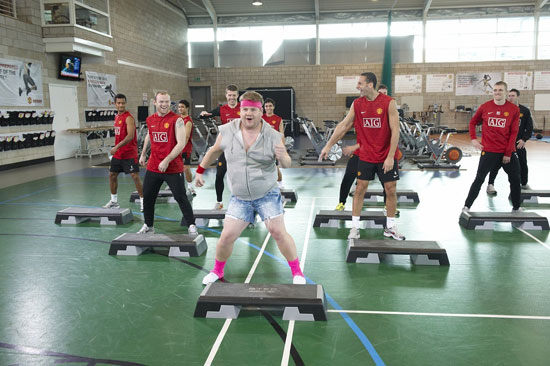