Prince Harry was in the audience on Sunday watching stars including Robbie Williams and Gary Barlow perform in aid of Help for Heroes in Twickenham. It was Robbie and Gary's first time performing together in 15 years, and they explained to Cat Deeley that once apologies had been made they started talking about working together. Check out the video of their performance under the cut! Other acts performing at the charity concert included Alexandra Burke, The Saturdays, Pixie Lott and Tom Jones. Prince Harry watched from the crowd and good-naturedly tried to turn people's attention back to what was happening on stage when the audience started taking photos of him. 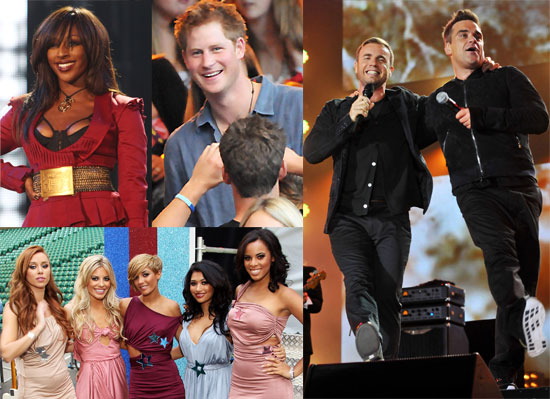 To see the video of them performing together, plus many more photos, just read more.