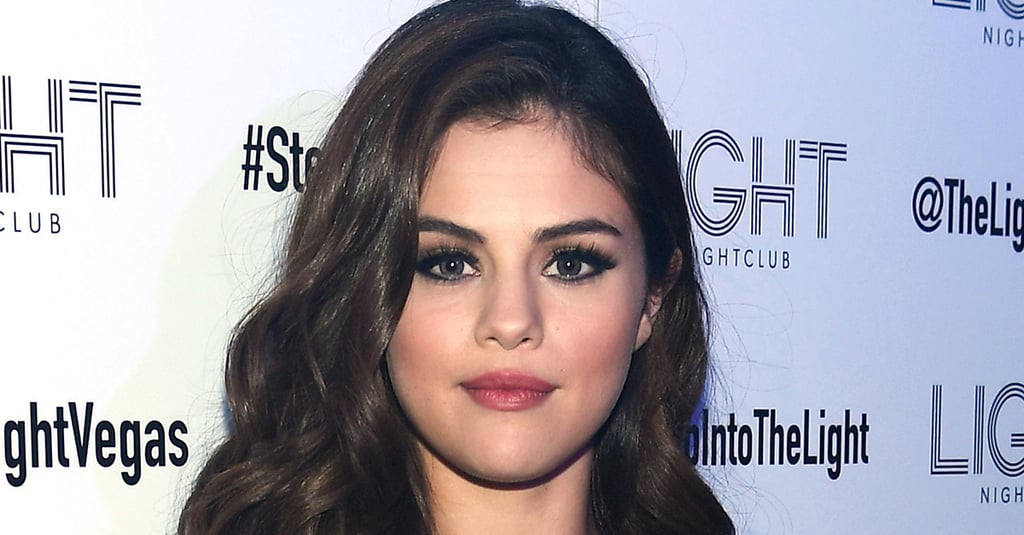 Even though Selena Gomez has said countless times that she's "beyond tired" of talking about ex-boyfriend Justin Bieber, some of her fans just can't seem to get over their romance. During one of the singer's Revival tour stops in Fresno, California, on Sunday, an audience member held up a sign that read "Marry Justin Please." Selena, who was singing on stage at the time, took notice of the sign, gestured the fan to hand it over, and then proceeded to crumble it up and throw it on the floor without saying a word. Fortunately, a concert-goer uploaded a clip of the epic moment on Twitter, writing, "Video of it happening," along with a happy crying face emoji.

The sister of the girl whose sign Selena crumbled also took to her now-private Twitter account, writing, "Selena crumbled up my sister's sign and I'm crying." Lesson learned: stop mentioning Justin to Selena. Watch the clip below, and then see why people should really stop asking the "Good For You" singer about her ex.

video of it happening 😂 pic.twitter.com/dZ0X0ilMzi

Justin BieberSelena Gomez
Around The Web