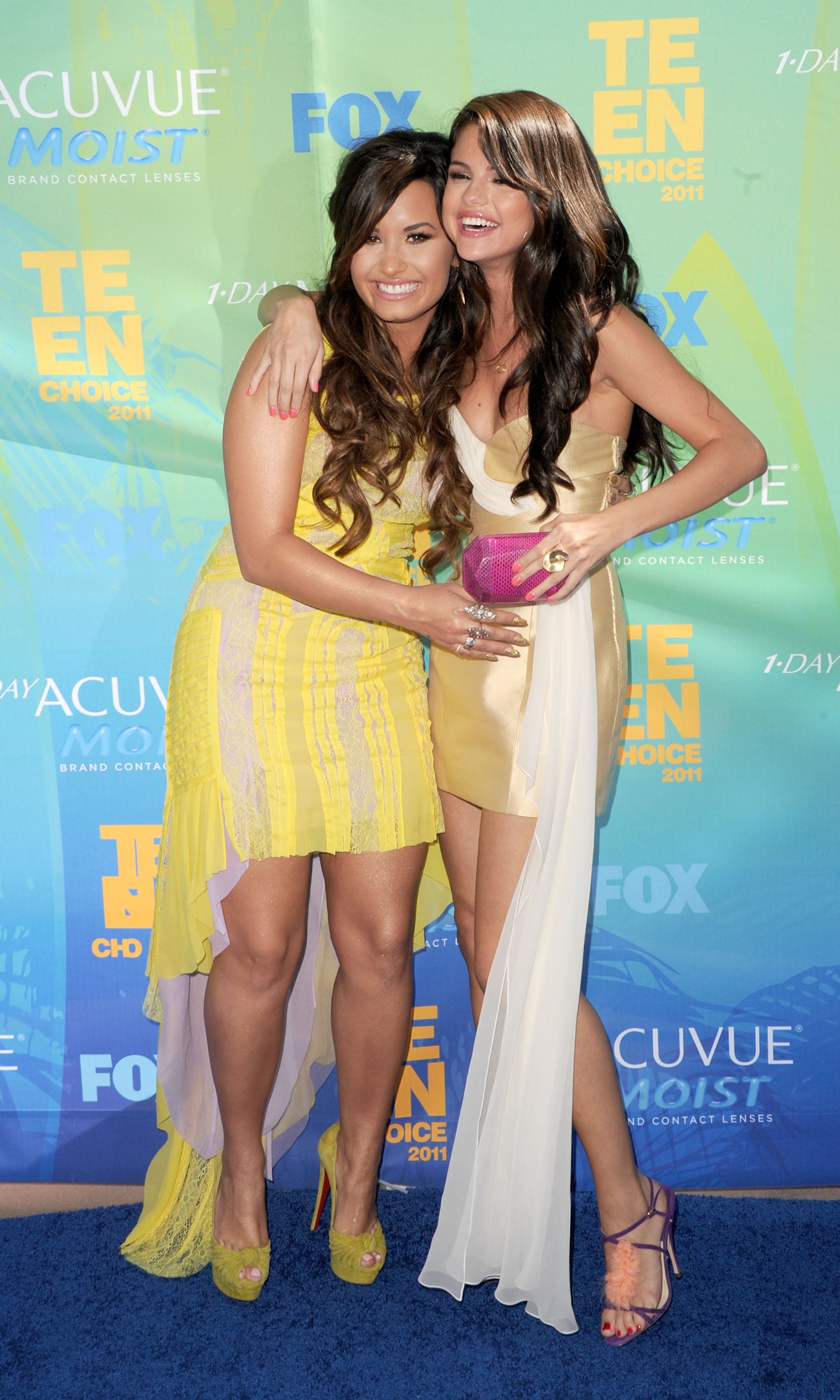 Selena Gomez and Demi Lovato have had a complicated friendship over the years, but one thing they have never stopped doing is supporting each other. After Demi's documentary Simply Complicated debuted on YouTube this week, Selena reached out to her longtime friend on Instagram. The "Fetish" singer commented on Demi's post of a clip from the emotional film, and it's so sweet, it will make you clutch your pearls.

"This was beautiful. I'm so happy for you," Selena wrote. "You always continue to be bold and real. I wish more people were like you. Love you." Demi wrote back an equally adorable response: "Thank you so much, this means the world to me and more. Love you too 🙏💗." Can we just put it out there that we want these two to just go back to being BFFs? And just like us, fans are losing it over the latest interaction between the two.

It's like Demi tweeted in 2009: "No matter what we go through, and no matter where we are, nothing and no one can change our friendship."

Demi Lovato: Dancing With the Devil
Demi Lovato Relives the Night of Her Near-Fatal Overdose in Haunting New Music Video
by Yerin Kim 3 weeks ago

Demi Lovato: Dancing With the Devil
Demi Lovato Details Loss of Vision Following Her Overdose: "I Couldn't See My Shoes"
by Kelsie Gibson 24/3