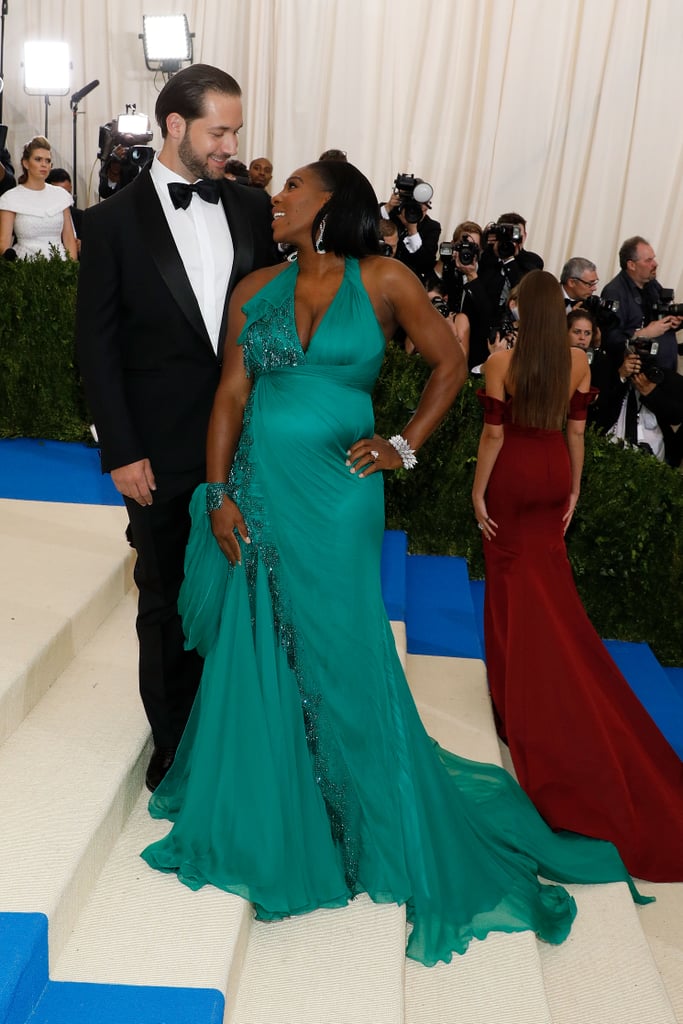 Serena Williams and Alexis Ohanian shocked the world when they announced their engagement in December 2016, but despite keeping a low profile, their romance can actually be traced back to 2015. The tennis champion and Reddit cofounder reportedly first hit it off that year, and Alexis was front and centre cheering on Serena at the 2015 US Open. He continued to hint at the romance throughout 2016, but he didn't pop up on Serena's Instagram until August 2016 when she shared a group photo of them hanging out with friends. In April, Serena revealed that she and Alexis are expecting their first child together, and ever since then, the couple seems to be getting more and more comfortable showing off their romance — they even made their red carpet debut at the Met Gala. While we await the arrival of their baby, take a look at Serena and Alexis's sweetest moments together.

Bikinis
Thongkinis Are the Major Swimsuit Trend Spotted on J Lo, Kim Kardashian and More
by Naomi Parris 22 hours ago