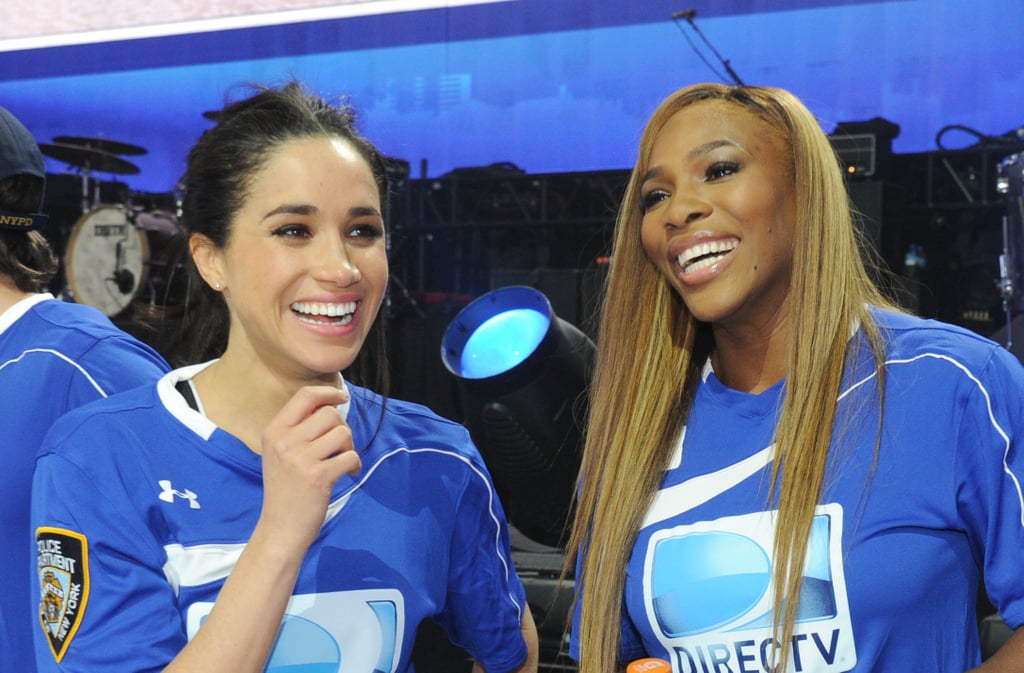 Legends recognise legends, so it's no wonder Meghan Markle and Serena Williams are such good friends. In an interview with Australian news outlet The Project, Serena talked more about her relationship with the Duchess of Sussex and how they've been depending more on each other for support and encouragement. When asked if they give each other advice, especially since they've both been under intense scrutiny, Serena responded, "We were actually just texting each other this morning. We have known each other for a long time, but we really, kind of, are relying on each other a lot recently."

The two first met in 2010 at Super Bowl XLIV in Miami and immediately connected. Nearly a decade later, Serena attended Meghan and Prince Harry's wedding. "I felt like we were literally watching history," Serena continued in the interview. "I feel like in a few years, when I look back at that moment, it's just gonna be so historic. It's gonna be something people never forget." Last week, Serena even shared her support for Meghan's new cookbook in an Instagram post.

Meghan has also been a champion for the tennis star. In July, she was spotted at the final match for Wimbledon's Ladies' Singles between Serena Williams and Angelique Kerber. See how the two have pillared each other over the years in the photos ahead.