Spoilers for the It novel and film below.

As excited as I was to sit down and watch the film reboot of It — which is exceptional and full of heart — I also couldn't help but feel a building sense of dread as the film neared its tense conclusion. Much of my apprehension was owed to Bill Skarsgard's terrifying performance as Pennywise, but mainly I feared that a contentious and controversial scene from Stephen King's 1986 novel would be included. Fortunately the scene, which features a full-on orgy with a bunch of preteens, is not. Director Andy Muschietti's take on the iconic horror story is all the better for it.

In the book version of It, a gang of 11-year-old misfits known as the "Losers Club" come together to defeat the evil, child-killing entity known as It that's lurking in their hometown. The group's unbreakable bond of friendship is what allows them to drive It back into a dormant state as they have a big showdown in the sewers, but afterwards, the group gets lost in the tunnels. Beverly Marsh, the only girl Loser (played by the transcendent Sophia Lillis in the film), takes it upon herself to have sex with each of the boys as a way to help them grow closer together, unifying the Losers Club once again.

Yeah. What the f*ck, right?

The inclusion of such a bizarre and unnecessary scene left me with a disturbing taste in my mouth that had nothing to do with a demonic clown.

Despite being a longtime King fanatic, the scene has never sat well with me. I love the core story and relish the nightmarish mythology he weaves, but the inclusion of such a bizarre and unnecessary (not to mention, grossly misogynistic) scene left me with a disturbing taste in my mouth that had nothing to do with a demonic clown. It's made worse by the way King describes what's happening to Bev's "childish unmatured sex," noting that Bev "feels no physical pleasure, but there is a kind of mental ecstasy in it for her." There's also a mention of Ben's penis size ("is he too big, can she take that into herself?") and later how Bev has an orgasm while having sex with him.

Although King goes out of his way to assert that this is Bev's decision and her decision alone, it shouldn't come as a surprise that the revolting nature of the scene has given many readers serious pause. When questioned on his website's message board about why he chose to write it, King claimed that the scene is meant to symbolise the characters' progression from childhood to adulthood:

I wasn't really thinking of the sexual aspect of it. The book dealt with childhood and adulthood —1958 and Grown Ups. The grown ups don't remember their childhood. None of us remember what we did as children — we think we do, but we don't remember it as it really happened. Intuitively, the Losers knew they had to be together again. The sexual act connected childhood and adulthood. It's another version of the glass tunnel that connects the children's library and the adult library. Times have changed since I wrote that scene and there is now more sensitivity to those issues. 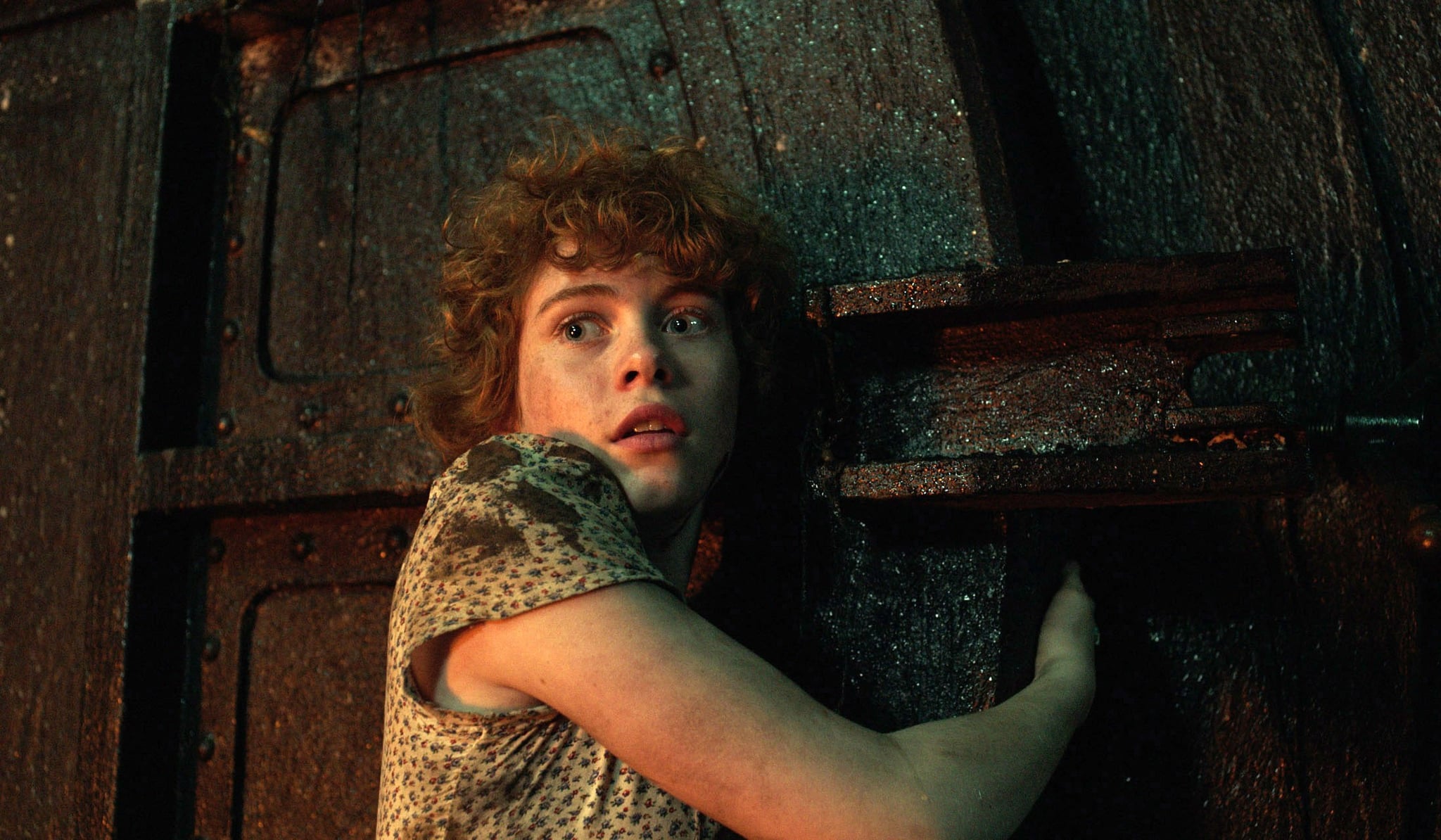 "I think the whole story is a bit of a — approaches the theme of growing up, and the group sex episode in the book is a bit of a metaphor of the end of childhood and into adulthood. And I don't think it was really needed in the movie, apart that it was very hard to allow us to shoot an orgy in the movie so, I didn't think it was necessary because the story itself is a bit of a journey, and it illustrates that. And in the end, the replacement for it is the scene with the blood oath, where everyone sort of says goodbye. Spoiler. The blood oath scene is there and it's the last time they see each other as a group. It's unspoken. And they don't know it, but it's a bit of a foreboding that this is the last time, and being together was a bit of a necessity to beat the monster. Now that the monster recedes, they don't need to be together. And also because their childhood is ending, and their adulthood is starting. And that's the bittersweet moment of that sequence."

King's It is a masterpiece. There's no doubt about that. And not every aspect of Muschietti's adaptation is an improvement on the beloved novel (where was the werewolf?!), but the omission of the controversial scene is a very, very welcome tweak. With a sequel set to hit screens in the next few years — which will follow the grown-up versions of the characters as they return to Derry to battle It once more — here's hoping the second instalment of the story is just as nuanced.