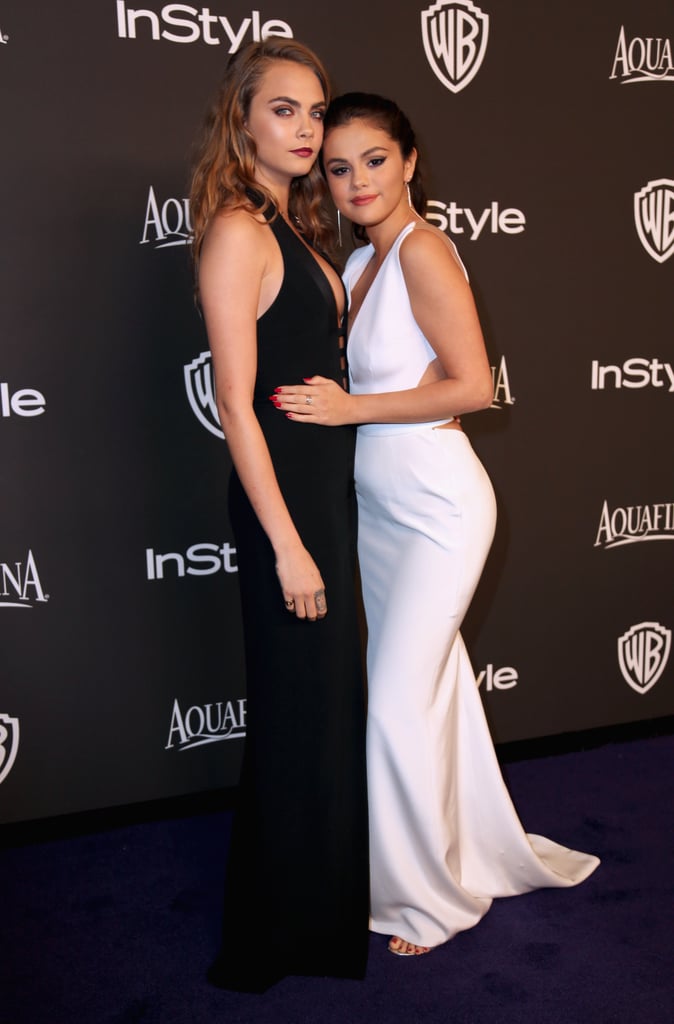 The excitement doesn't end after the Golden Globe Awards are done, as several famous faces made their way to the InStyle and Warner Bros. afterparty at The Beverly Hilton Hotel. Selena Gomez linked up with Cara Delevingne on the red carpet, and there were some seriously hot appearances from people like Lea Michele, Nina Dobrev, Chris Pratt, and more. Go inside the 2015 Golden Globes, then check out all the celebrities at the InStyle and Warner Bros. afterparty!