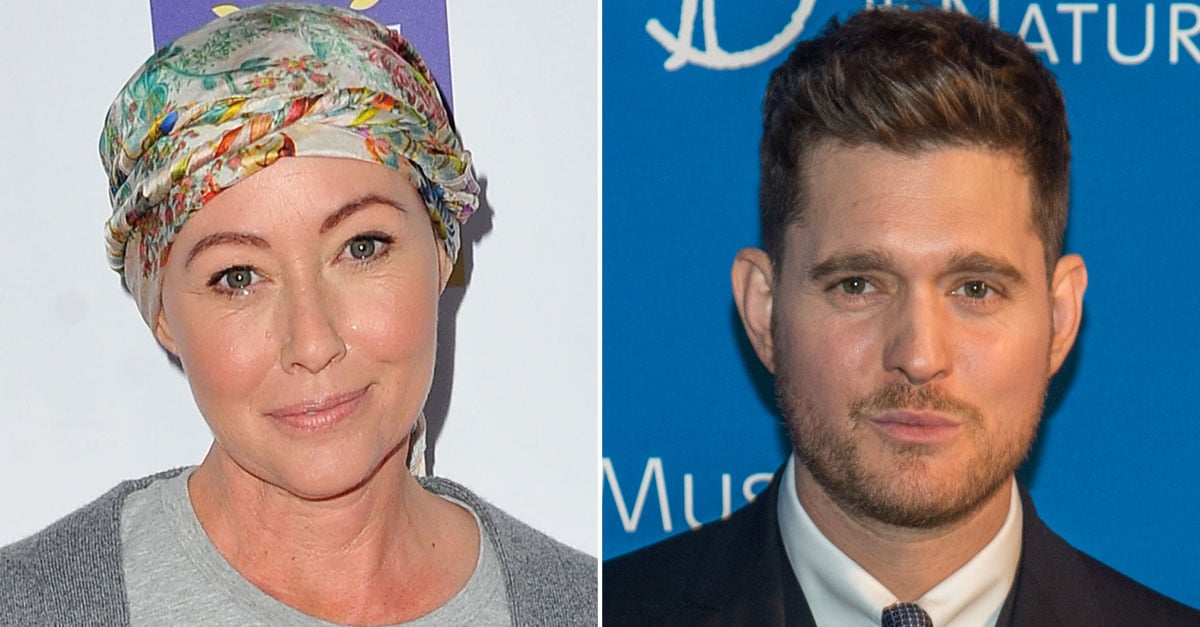 In the wake of the heartbreaking news that Michael Bublé's 3-year-old son, Noah, is battling cancer, Shannen Doherty is offering some words of comfort. The actress, who is currently undergoing treatment for breast cancer, touched on the news during an appearance at the American Cancer Society's Inaugural Giants of Science Gala in Beverly Hills, CA, on Saturday. "I can't even begin to touch that one, to be honest, because it's a 3-year-old," the actress, who was first diagnosed with breast cancer in February 2015, told Entertainment Tonight. "I would imagine your child having cancer is devastating as a parent. . . . Just trust in your doctors. Make sure you have amazing doctors, a great team and know that organisations like the American Cancer Society, Stand Up to Cancer, they are doing so much good for cancer. [There is] so much research that we have much better chances now. Stay positive. That positivity, that outlook on life that you can get through something, it actually does get you through."