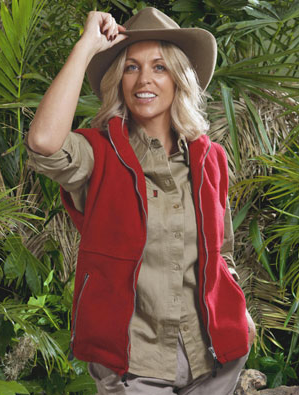 The I'm A Celebrity Get Me Out of Here camp in the Australian jungle lost their first evicted celebrity last night, when Sheryl Gascoigne became the first to leave by public vote. Dom Joly was the other celeb in the bottom two, and Sheryl said she was glad to be leaving, especially after three days in the jungle jail.

Both Lembit Opik and Shaun Ryder were bitten by a snake during the trial, with Shaun getting the worst of the snake's temper! Both are still in camp and okay after the bites.

Are you enjoying this series, and are you glad that Sheryl left last night? Let me know!

Image Source: ITV Pictures
Sheryl GascoigneShaun RyderI'm A Celebrity Get Me Out Of HereLembit Opik