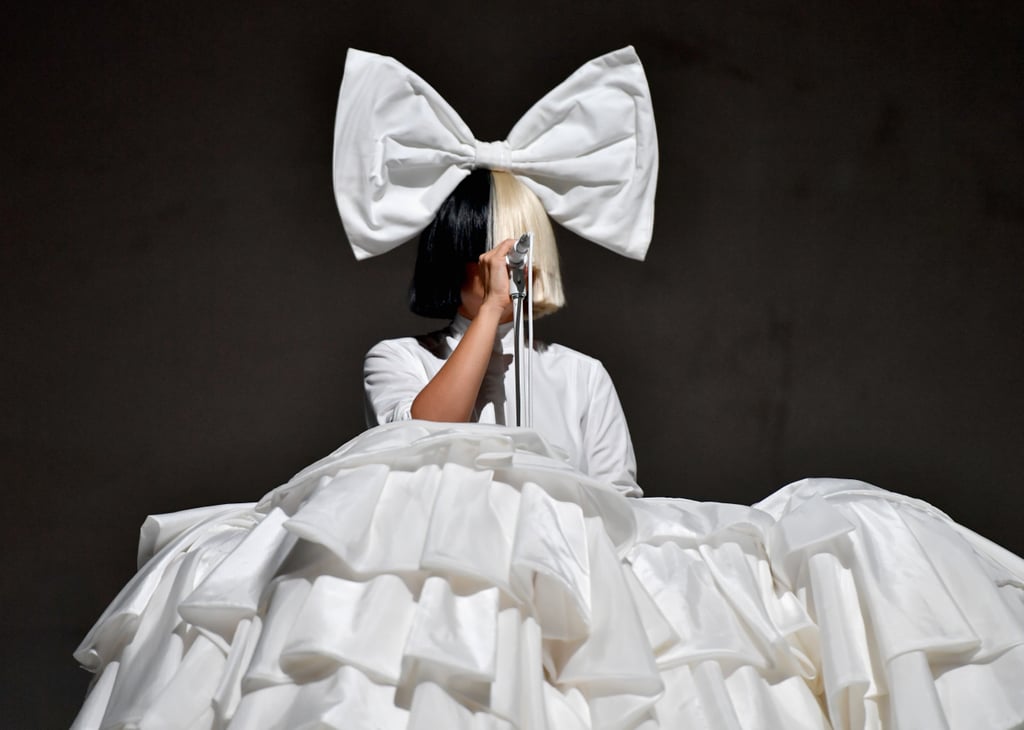 Wondering Why Sia Covers Her Face While Performing?

Sia has made a big comeback in the past couple years, and if you've watched any of her recent performances, you might be wondering what the heck is going on. Though she broke out when "Breathe Me" was featured in the last episode of Six Feet Under in 2005 and has worked on countless songs you know, only recently has she taken to performing with her back to the camera. She wrote an "Anti-Fame Manifesto" for Billboard in 2013, explaining why she has no interest in being famous:

"If anyone besides famous people knew what it was like to be a famous person, they would never want to be famous. Imagine the stereotypical highly opinionated, completely uninformed mother-in-law character and apply it to every teenager with a computer in the entire world. Then add in all bored people, as well as people whose job it is to report on celebrities. Then, picture that creature, that force, criticising you for an hour straight once a day, every day, day after day."

It's kind of genius and explains why her televised performances this year have been so unique. After reviewing five performances from before and after Sia's essay, I'm inclined to say I prefer the times she stayed off camera. She's great when she's singing to the camera, but looking away forces the performances to get way more creative. Take a look at the five videos below, and let me know which ones you like best!

Taylor Swift
Taylor Swift Responds to Plagiarism Lawsuit: "The Lyrics to 'Shake It Off' Were Written Entirely by Me"
by Eden Arielle Gordon 1 day ago