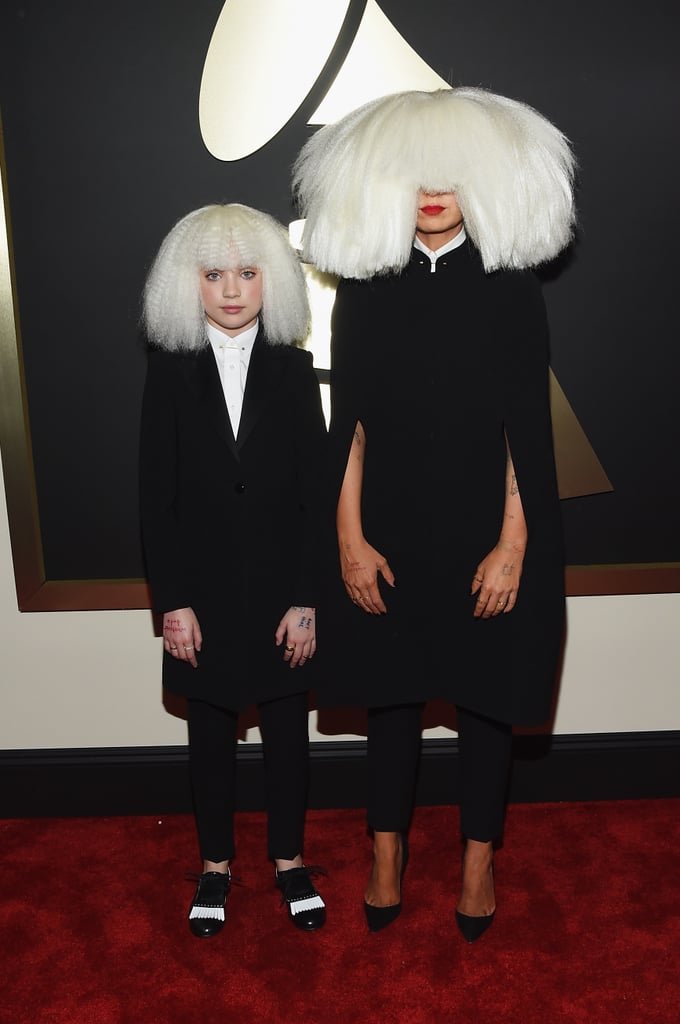 Sia hit the red carpet for the Grammy Awards in a giant white wig on Sunday. The singer was joined by dancer Maddie Ziegler, who has appeared in Sia's "Chandelier" and "Elastic Heart" videos as well as multiple performances; the pair wore matching black trousers and tailored jackets, and Maddie even sported a smaller version of Sia's shocking mane. This is hardly the craziest look we've seen on the singer, who has become famous for thinking up new ways to hide her face. Sia was nominated for four awards and took to the stage for a performance during the ceremony. Keep reading to see more photos of Sia and Maddie, and be sure to check out all the stars that have walked the red carpet at the Grammys!