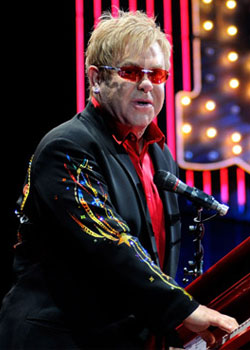 Sir Elton John has had to cancel three tourdates in the US as he fights what his official website describes as a serious case of E.coli bacterial infection and influenza.

He is said to be in a London hospital being treated for the infection and flu, and yesterday his spokesman said:

"He has flu and is absolutely fine."

Elton's currently touring with Billy Joel, who had flu-like symptoms back in July and forced the pair to cancel several performances in the summer, while Elton has also missed a string of UK shows. The US shows Elton is missing will be rescheduled, although dates have not been announced yet.