Paul Rudd and Jason Segel are in London to promote their new movie I Love You, Man, and yesterday both of the rather handsome men attended a special VIP screening of the movie at the Soho Hotel in London. Paul and Jason embark on a touching bromance in the film and, when I showed you guys the trailer, the majority of you said it was a film you'd see rather than skip! Skins stars Kaya Scodelario and sisters Megan and Kathryn Prescott also showed up for the event, with the onscreen twins setting themselves apart with their different styles! What do you think of their changing looks, and who is your best dressed? 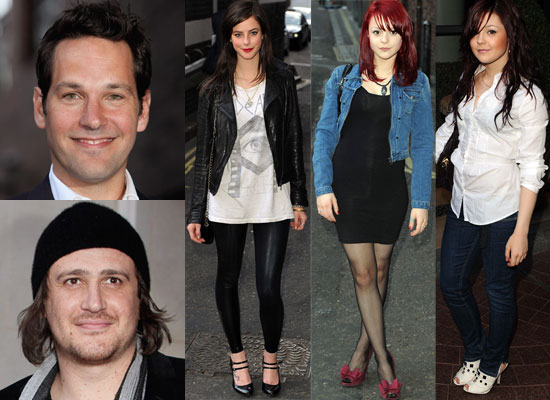 To see more photos of Paul, Jason and the girls inside the hotel at last night's screening, just read more.