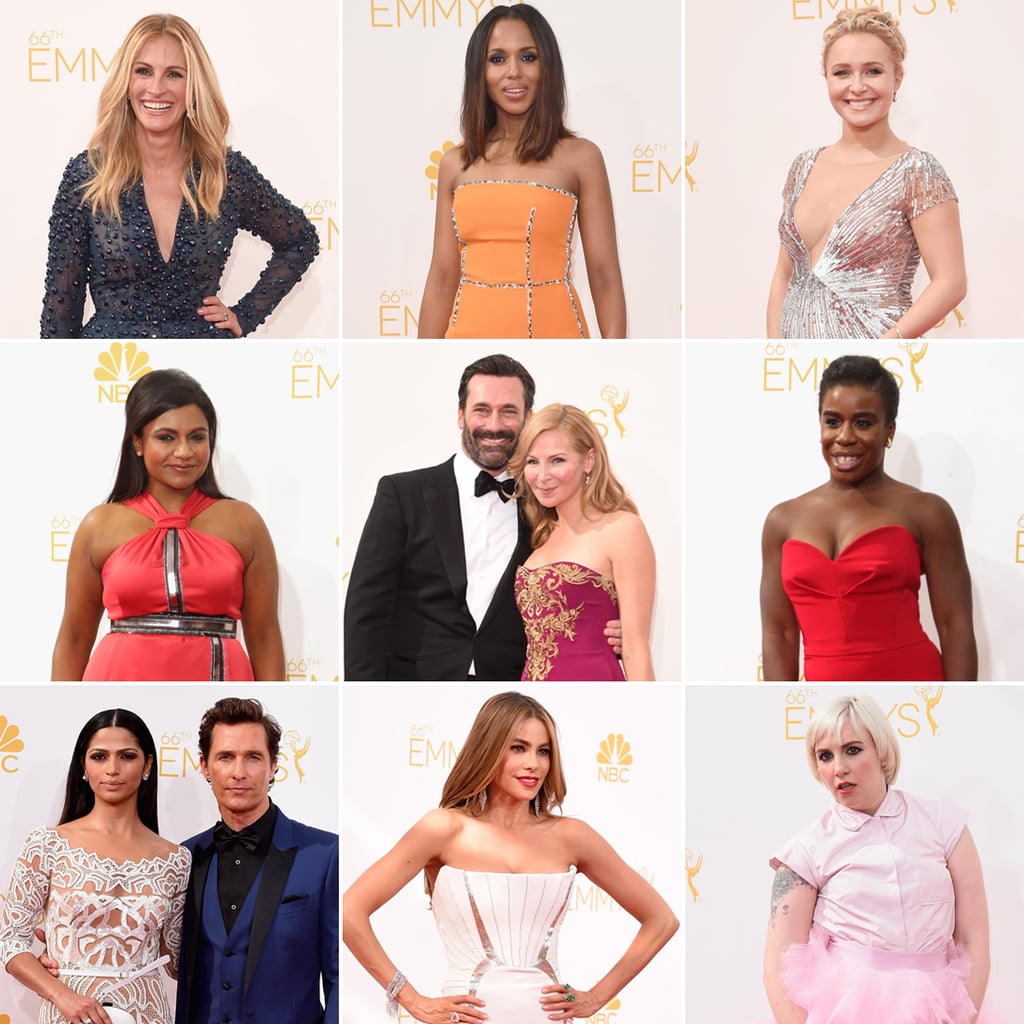 The Small Screen's Hottest Stars on the Emmys Red Carpet!

The Emmy Awards took place in LA on Monday evening, and we kept track of the winners, the losers, and the night's biggest moments. Before the big show even began, there was already too much to talk about as the small screen's biggest stars showed up on the red carpet. Pregnant Hayden Panettiere put her growing baby bump front and center in a sequined gown and revealed the gender of her little one during an interview, while actress Amanda Peet debuted her own pregnancy when she showed up with husband David Benioff. Fellow mums Kerry Washington, Claire Danes, and Gwen Stefani all brought the glamour, as did Girls star Lena Dunham, who took a fashion risk in her bright pink ombré confection. And even though it was a big night for TV, there were also a few movie stars in the house; Julia Roberts and Halle Berry both walked the red carpet looking stunning, and Emmy nominee Matthew McConaughey was easily the man of the hour when he arrived with his lovely wife, Camila Alves. Keep reading to see all the stars arriving at the Emmys, and be sure to get caught up on all the biggest moments you need to see again.