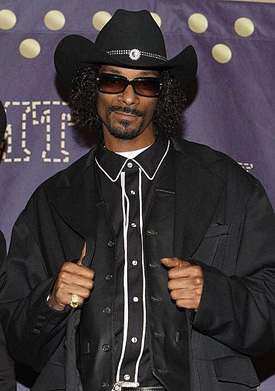 Senior immigration judge George Warr has supported the decision made in January to allow Snoop Dogg to enter the UK at a court hearing held yesterday.

Snoop was banned from entering the UK following an incident at Heathrow Airport in 2006, but in January the rapper successfully appealed against the ban at an immigration tribunal with Judge Bird.

The Home Office challenged that decision and took the case to court, but Judge Warr ruled yesterday that Judge Bird was right. The Home Office has until next Wednesday to decide whether to take the case to the Court of Appeal — a spokeswoman said it would be inappropriate to comment before then.

"It has been an appalling waste of public money to pursue this man. It is outrageous that the government is trying to exclude someone who is an innocent figure and has frequently spoken against gang culture and youths carrying guns".

The decision to allow Snoop in to the UK is based on DVD footage of the incident at Heathrow, which revealed Snoop had been innocently entertaining young children during the fracas. He was seen not retaliating when pushed twice by a police officer.

Judge Bird said that the disorder at the airport was "precipitated by decisions made by BA staff and the police" and yesterday Judge Warr agreed with the ruling.