Kristen Stewart pulled double duty at this year's Comic-Con by showing up to promote both Breaking Dawn and her next project after the Twilight series, Snow White and the Huntsman. She, her castmates Chris Hemsworth, Charlize Theron, and Sam Claflin, plus director Rupert Sanders, took to the stage to talk about their 2012 re-imagining of the fairy tale. Producer Joe Roth promised the crowd that their take on Snow White will be a "tough, rough, active male/female picture" that's "on the scale of Lord of the Rings." While there was no footage from the film to show off yet, we did get to see images of the cast in costume and hear more about the ambitious project, including why Stewart was picked to play the fairest of them all. 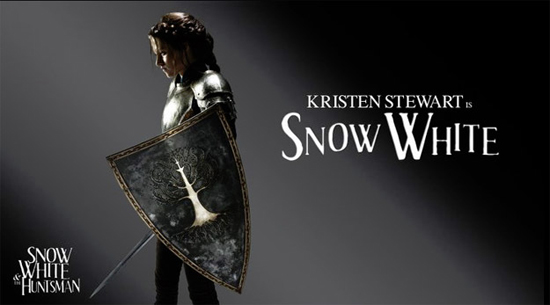 To find out more about the Snow White and the Huntsman panel, just read more.

Kristen Stewart Shows Off Snow White and the Hunstman at Comic-Con — and We Get to See Her in Full Armor!  originally posted on POPSUGAR Entertainment News
MoviesSnow White And The HuntsmanComic-Con