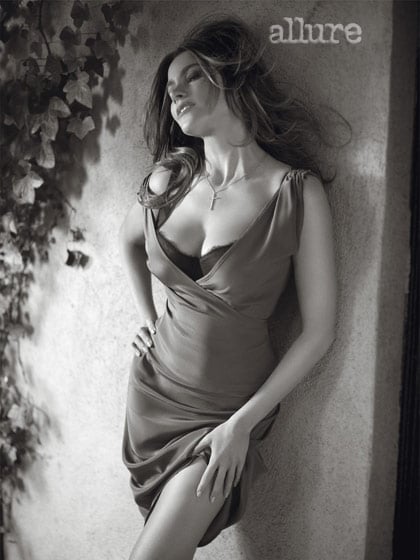 Sofia Vergara nabbed the cover of September's Allure, which will be available electronically on Aug. 14 and on newsstands Aug. 21. Check out a behind-the-scenes video of Sofia's shoot and more pictures from the magazine. The coveted September cover is the latest highlight of Sofia's very big year. She was ranked the highest-earning woman on TV thanks to her part on Modern Family, became engaged to boyfriend Nick Loeb, and even won our 2012 Bikini Bracket! Sofia opened up to Allure about what being sexy means to her, liking her curves, but not being into workouts. Sofia said:

Previous Next Start Slideshow
Sofia Vergara Tells Allure — "If You Don’t Have a Big A*s, You're Nothing!" originally posted on POPSUGAR Celebrity News
Sofía VergaraAllure