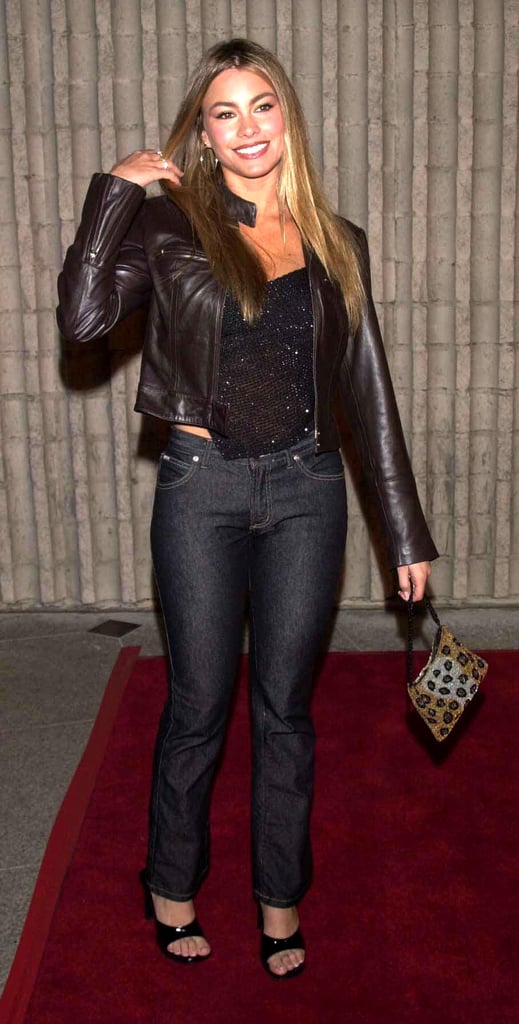 Sofia Vergara has been a staple in Latin American pop culture since she starred in her first Pepsi commercial at age 17, but her first Hollywood red carpet didn't come until the year 2000 for a movie premiere that might surprise you. Back then, the 28-year-old actress made an appearance on the red carpet for Scream 3 — random, right? Little did anyone know just how much her life would change nine years later when she landed the role of Gloria on Modern Family.

At the time of the Scream 3 premiere, Sofia had only appeared on Latin TV, specifically Mexican telenovelas as well as co-hosting the travel show Fuera de Serie. She made her first splash in Hollywood with a cameo in a 1999 Baywatch episode called "Boys Will be Boys", but didn't really become famous stateside until 2009. Now, Sofia is one of the highest paid actresses on TV and is married to smoking hot actor Joe Manganiello. Take a moment to appreciate just how much Sofia hasn't changed since she made her Hollywood debut.