The lovely Sophie Ellis-Bextor has announced she is pregnant with her second child on her website message board! The post entitled "Two new releases next year" went up yesterday afternoon and mentions her work for Rimmel, her new single, and her fourth album, which she spoke to me about recently. Congratulations to Sophie and her man Richard Jones! Here's what she had to say: 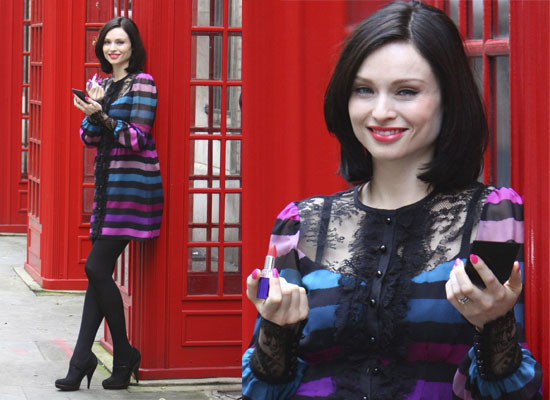 greetings guys and girls, i hope you are all well.
i am having a very good time of it as of late... the new single, "Sophia Loren", is featured in the Rimmel sexy curves mascara advert and will be released early next year which is wonderful. thank you for all the positive feedback to the launch of the rimmel adverts. i am proud and flattered to be taking part.
i'll then be having a break around march april as i am very happy to share with you all the news that i am having another baby. i am due at the beginning of april and naturally the ellis-bextor-jonses are thrilled that sonny will soon have a little brother or sister.
i'll then be back with another single and the fourth album which is coming along very nicely. expected to be released around july august.
so i hope you're feeling good about all this news.. looks like 2009 and is going to be an exciting year (and busy!) for me. i can't wait!
as ever, thank you for being such a warm and supportive bunch.
sx