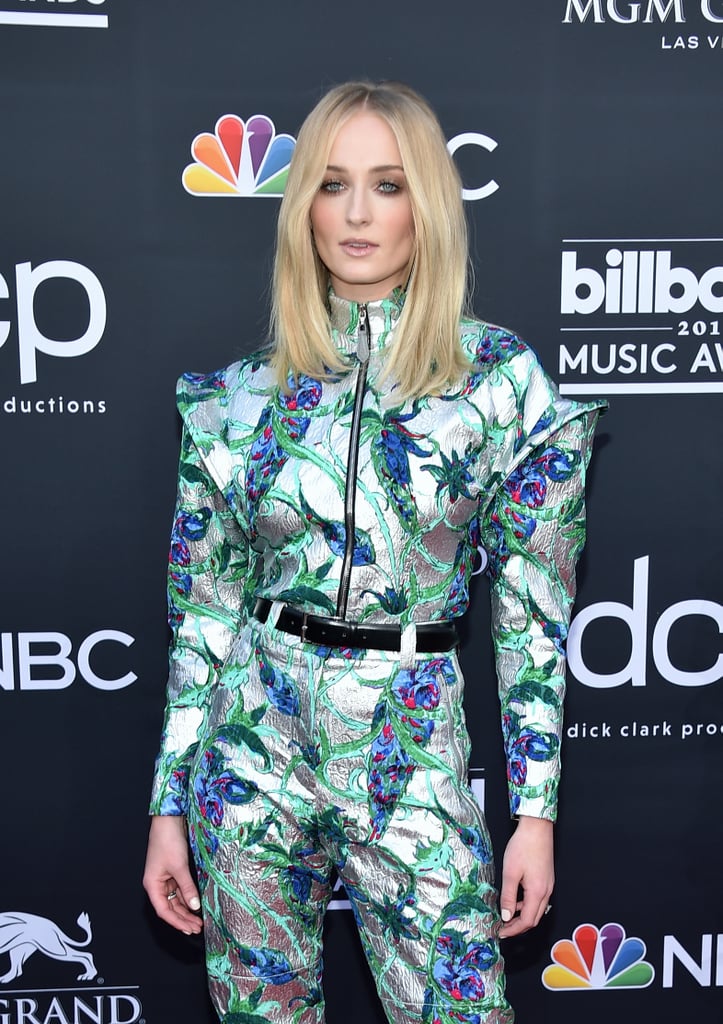 Sophie Turner took the night off from defending the North to show face at the 2019 Billboard Music Awards, and she absolutely looked like a queen. On Wednesday, the Game of Thrones star posed for red carpet photos in a metallic jumpsuit ahead of the award show in Las Vegas. Standing alongside her X-Men: Dark Phoenix costar Tye Sheridan, the duo smiled adorably while Sansa Sophie also worked her smize in solo shots.

It's a big night for Sophie — not only is fiancé Joe Jonas performing with the Jonas Brothers at their first award show in over a decade, but Sophie is presenting an award with Tye. While the rest of the world is still reeling from the jaw-dropping Battle of Winterfell, Sophie is slaying the night (even without the dragonglass dagger Arya gave her). Check out the stunning photos ahead.