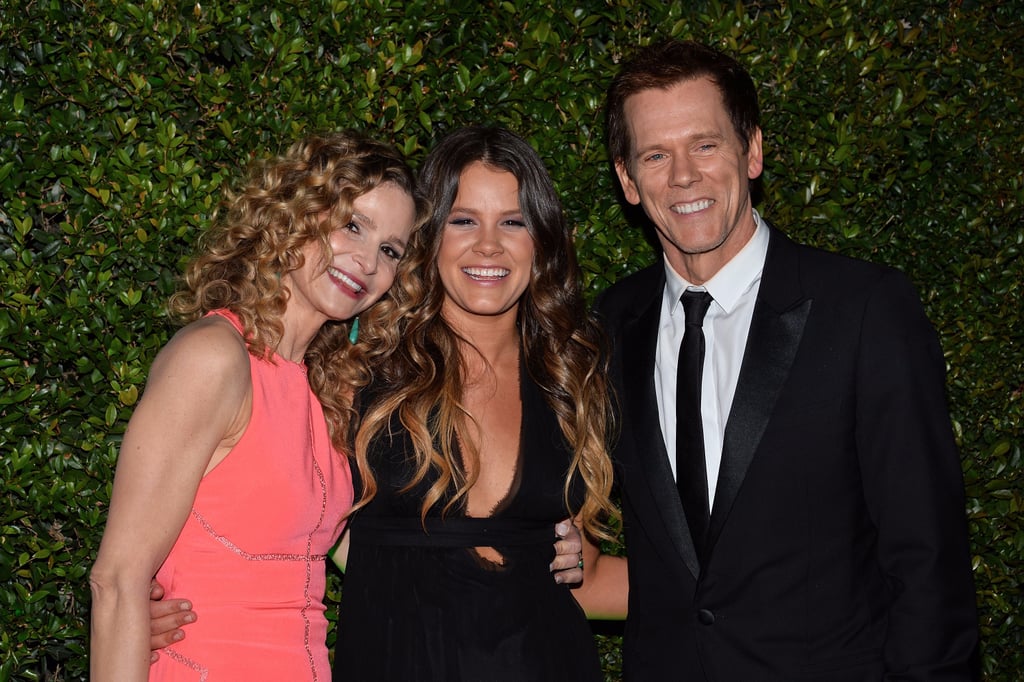 Sosie Bacon, the daughter of Kevin Bacon and Kyra Sedgwick, has been slowing building up her acting CV ever since her dad cast her in her first role in 2005's Loverboy. While she's had a few small parts since then, her career hit a very big high note this year with the recent release of 13 Reasons Why on Netflix. Sosie plays Skye in the show (which sounds like it will probably get picked up for a second season) and absolutely crushed her portrayal of the high school outcast with a good heart. While the 25-year-old is pretty unrecognisable on the show with her dark makeup and various tattoos, she looks so much like her famous parents in everyday life. You know how kids usually take after one of their parents more than the other? Nope, not Sosie. She's equal parts Kevin and Kyra, and it's kinda trippy.