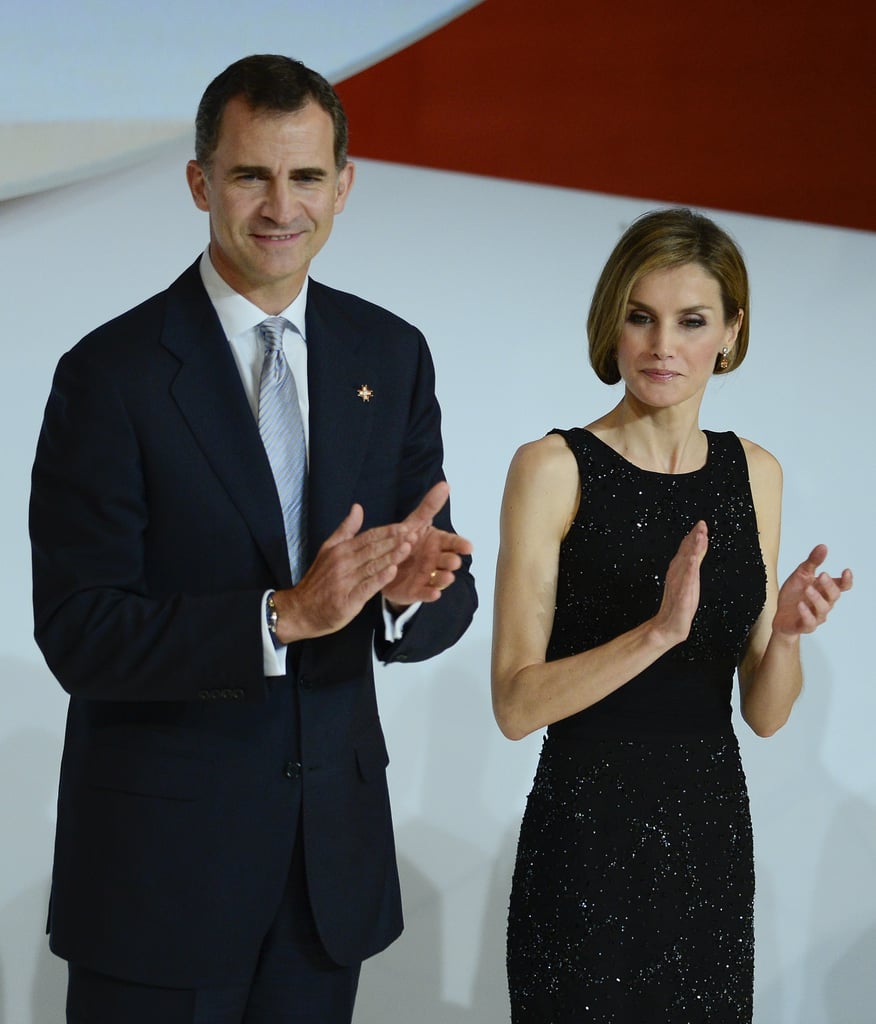 Spain's Queen Letizia and King Felipe VI attended the Prince of Girona Foundation's IMPULSA Awards on Thursday in Girona, Spain, where Letizia sported a faux-bob hairstyle. The event marked King Felipe VI's first official trip since his recent coronation, and in recent weeks, he and his wife have been in the international spotlight as the world gets to know more about Queen Letizia and the new king. For this week's event, the queen donned a sparkly black dress with her shorter 'do, standing alongside her husband as the awards were presented to young entrepreneurs. Take a look at the best photos from the event below!