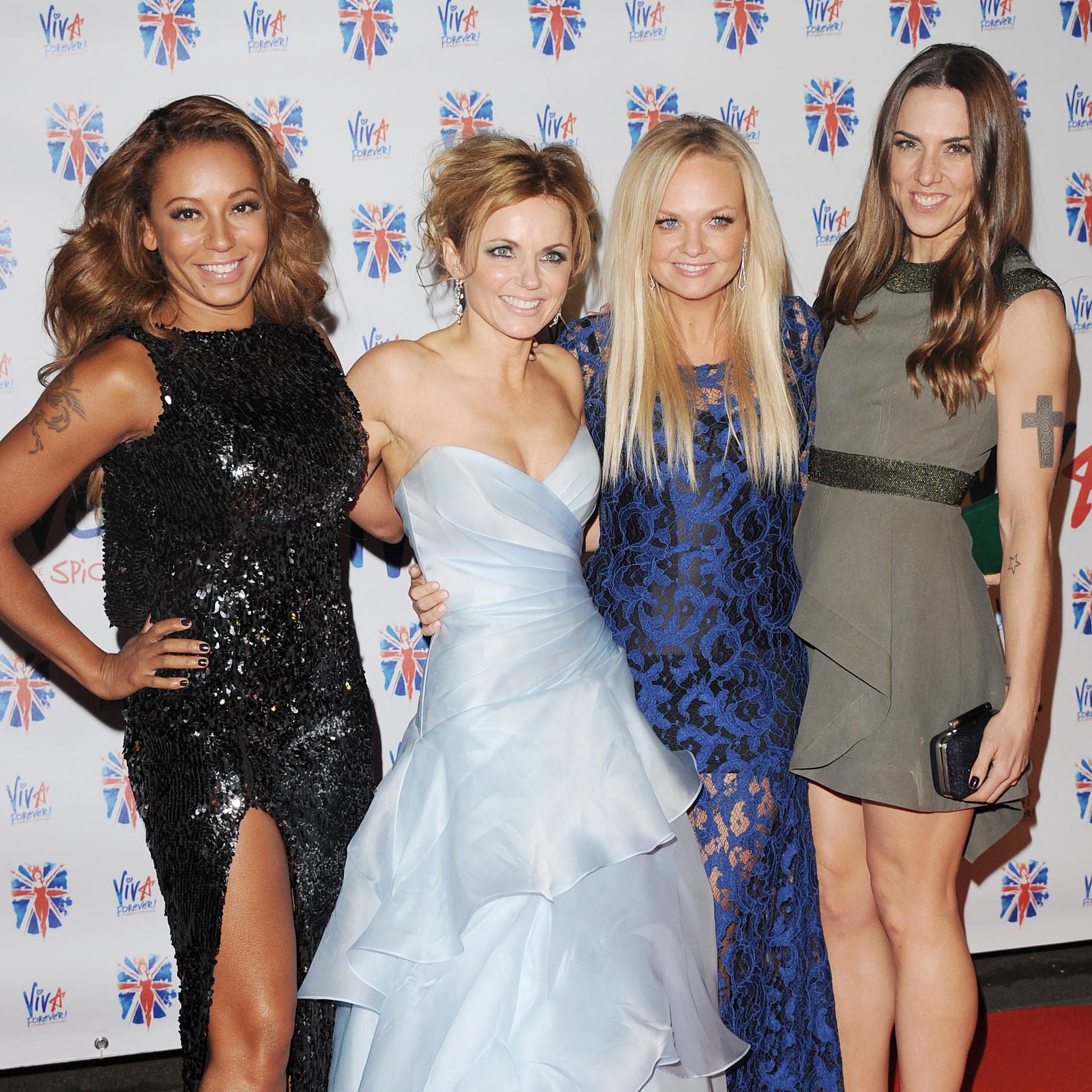 If the rumours are to be believed, it may soon be time to "Spice Up Your Life" once more. According to The Sun, the Spice Girls are reforming in 2016 to celebrate their 20th anniversary with a world tour. As hard as it may be to believe, "Wannabe" really was released almost 20 years ago in July 1996. Now we feel old.

Perhaps unsurprisingly, the band will be one Spice short if it does happen. Victoria Beckham, who is now busy managing a fashion empire, won't be taking part in the reunion, but reports claim Geri, Emma, Mel B, and Mel C are all on board.

The band members themselves are keeping very quiet about the news, with nobody confirming anything. Newlywed Geri was busy celebrating her birthday (Mrs Horner turned 42 on 6 August), and Mel B is promoting her TV work in the USA. However, Emma Bunton did hint that an official announcement is on its way, when she shared a tweet from showbiz journalist Dan Wootton, which refuted claims that she'd denied the story.

And a note from me to people saying Emma "denied" story this AM. She didn't. But no official announcement will come until later this year.

Mel C hinted at the news too, with a throwback tweet of her own.

Woke up this morning wondering whether I need to start practising my backflips???!!! 😳

Victoria, meanwhile, showed her support with a #TBT that said it all. She may not be ready to get back on stage, but her inner Posh Spice lives (viva) forever!

Celebrity Kids
Gigi Hadid Is a Mum! The Model Gives Birth to First Child With Zayn Malik
by Monica Sisavat 4 days ago