Although the major part of this Comic Relief fundraising event is The Sport Relief Weekend from Friday 14 — Sunday 16 March, the fun has already started and there's lots to look forward to throughout the week. Here's a taste of what to expect: 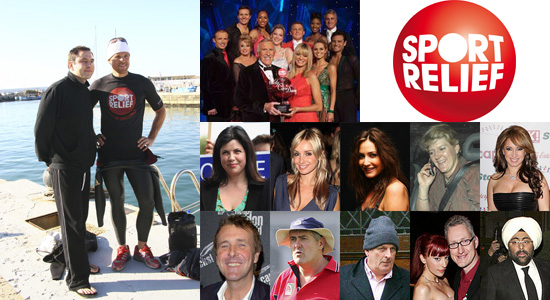 The main day of TV-based fun is Friday, with such treats as:

I'm particularly looking forward to Sport Relief Does Strictly Come Dancing. Tess and Bruce (isn't he fantastic for an 80-year-old?!) will host the special show, which will feature five sporting stars from previous series and five new recruits.