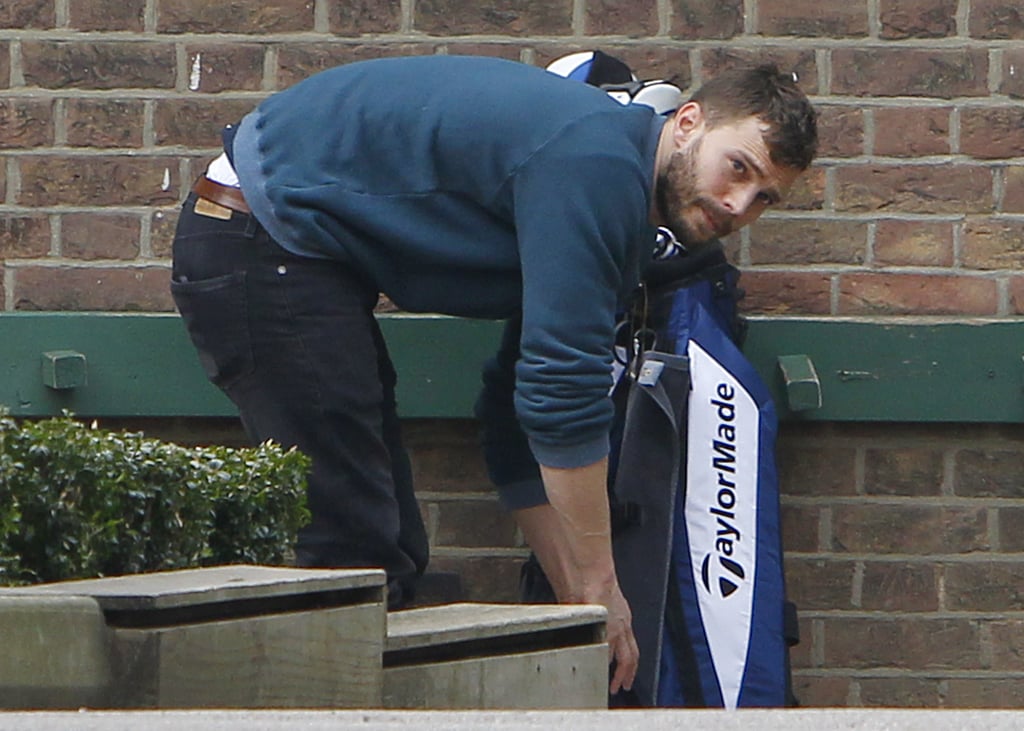 Spotted! Jamie Dornan Looking Just as Hot as When We Left Him

Jamie Dornan was spotted arriving at a driving range in London last week. The Fifty Shades of Grey star looked handsome as ever clad in jeans and a sweater as he bent over to grab his golf gear before heading inside. The pictures are a real treat, as we haven't seen Jamie hitting the links since last October; the actor looked model perfect while golfing in a tournament in Scotland. It seems as though Jamie has been laying low since Fifty Shades opened to record numbers last month. Shortly after the steamy flick was released, Jamie ate a giant piece of Christian Grey cake during an appearance on The Graham Norton Show. Even though we haven't seen his hotness in a while, it hasn't stopped him from racking up votes in our annual March Man-ness poll — have you voted yet? Keep reading to see more photos of Jamie Dornan at the driving range, then check out many more of his sexiest snaps.

Cardi B
Cardi B Re-Creates Her "Wild Side" Video, and It May Just Be Even Sexier Than the Original
by Monica Sisavat 2 weeks ago