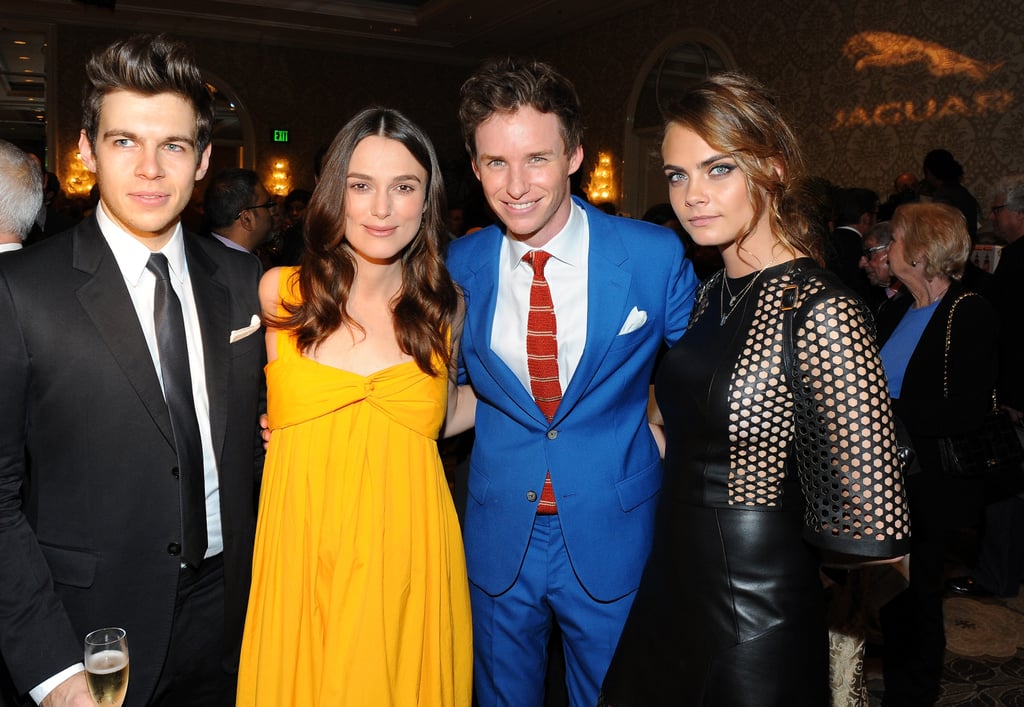 Celebrities amped up their excitement for award season at the Four Seasons in LA on Saturday, gathering for BAFTA's annual tea party. The event drew big names from film and TV, including Keira Knightley, who showed off her baby bump when she hit the red carpet with her husband, James Righton. Once inside the party, Keira and James got chummy with Cara Delevingne and Eddie Redmayne, who attended the event with his new wife, Hannah Bagshawe. Others in attendance included Jamie Dornan, Anna Kendrick, Kit Harington, and Cressida Bonas, Prince Harry's ex-girlfriend. Read on to see the best snaps from the bash, and then go inside the pre-Golden Globes parties taking over LA this weekend.